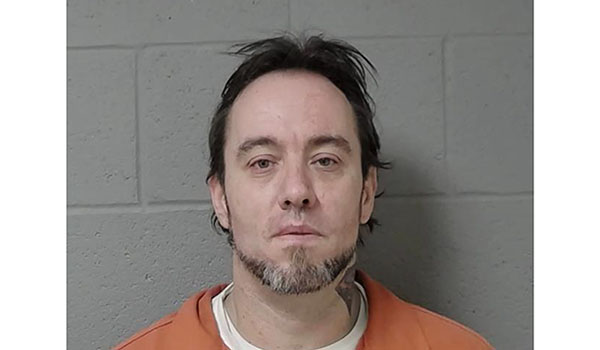 CASSOPOLIS — A Dowagiac man with an extensive criminal record was sentenced to prison in Cass County Circuit Court Friday.

Steven Wood, 42, of North Front Street in Dowagiac, pleaded guilty to delivery/manufacture of meth or ecstasy and was sentenced to three to 20 years in prison. He has credit for 141 days already served and must pay $2,048 in fines and costs.

The incident occurred Feb. 8 in Dowagiac. Police searched his home and found meth and scales.

“Clearly this defendant has at least a decade long record of really bad drug activity,” Cass County Prosecutor Victor Fitz said. “He has terrorized the neighborhood intentionally or not. Drug activity impacts the entire community and the letters from his neighbors show the reality of that.”

Fitz noted that he would have recommended a prison sentence of 10 years or more if Wood hadn’t cooperated with law enforcement. “The sinister downside to his activity is that he used his house to sell and use drugs, but the other side is his cooperation,” he said. “Without that, he’s earned 10 years or more.”

“This will at least give the neighborhood a respite from his actions,” he added. “He’s been a dynamo of destruction for the neighborhood. The three years he’ll spend in prison could be the best of his life if he takes it seriously and changes. He will come out when he’s still in his 40s.”

Defense attorney Greg Feldman said that Wood relapsed and started using drugs again during Covid. “He went from being very, very good to someone with way too much time on his hands,” he said. “When he has the structure of treatment court, he can be very, very good but there are collateral consequences when he doesn’t have that.”

Wood apologized and said he was okay with whatever happens to him and will get past it.

Cass County Circuit Judge Mark Herman noted that Wood had gone through the Adult Treatment Court program twice and then gone back to drugs. He said he had been prepared to send Wood to prison for a longer period of time and said the prosecutor had been more than gracious.

“You will be out in a relatively short time but you should appreciate the consequences,” he said. “It’s good for you to understand what your future holds if you don’t stay connected. Prison won’t be the thing that changes you, but hopefully it will be one more tool to show you where life is going to be if you come back here in front of me.”