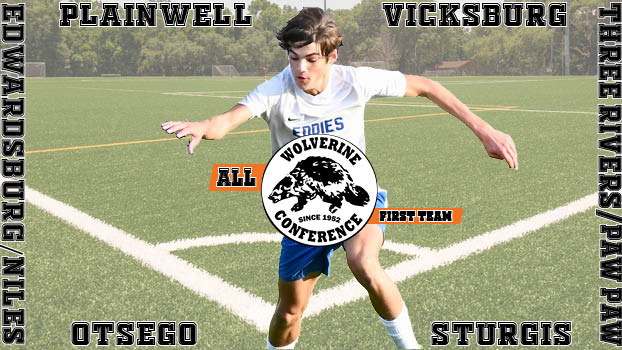 The Eddies’ Sean Jesse was also named Wolverine Conference Coach of the Year.

Niles had a pair of second-team picks in Aydan McCarey and Andrews Ntsiful, while Casey Marlin was named honorable mention.

Edwardsburg finished with a 6-1 conference record Paw Paw was second at 5-1-1. Niles was 1-6 in league matches.