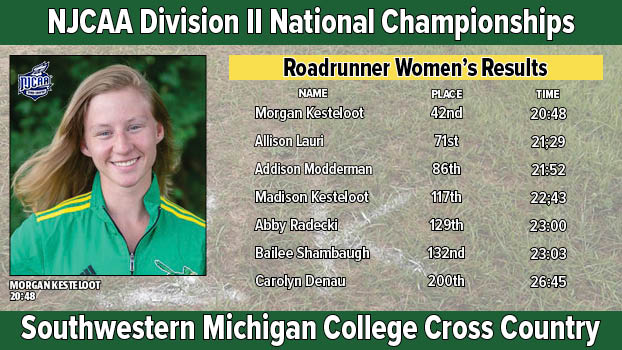 Coconino won the tiebreaker to earn its first national finish in school history.

Coconino was led by individual national champion Hayley Burns, a freshman, who ran a time of 18:22.

The Roadrunners, who came into the national meet ranked No. 11, finished 13th with 400 points.

Yotuel Garcia, of Mesa, was the individual national champion as he ran a time of 25:25 on the 8K course.

The Roadrunners improved six spots from 2021 by finishing 16th overall with 469 points. Southwestern Michigan was ranked No, 15 heading into the national meet. 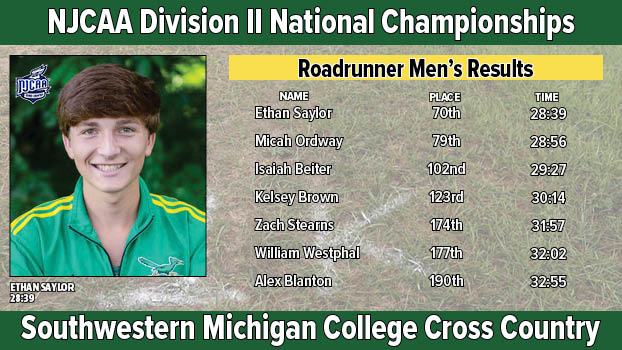 Dowagiac’s Ethan Saylor led the Roadrunners with a 70th place finish and a time of 28:39.