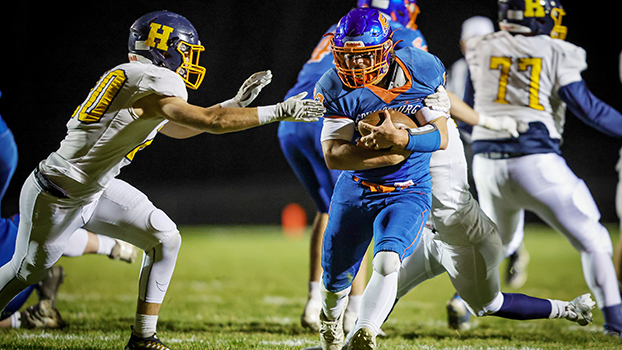 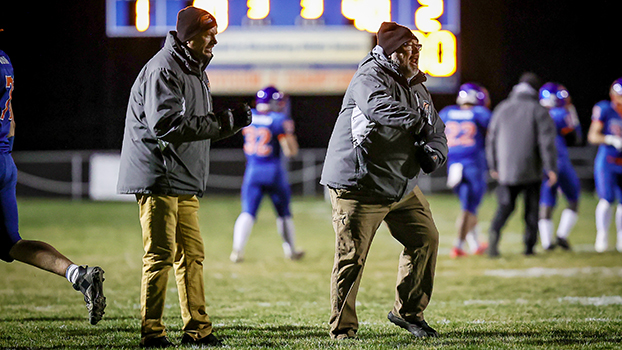 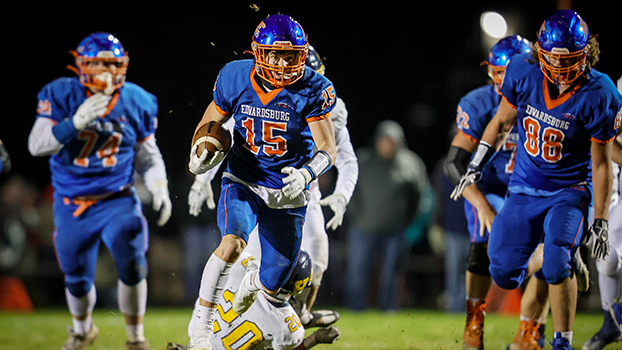 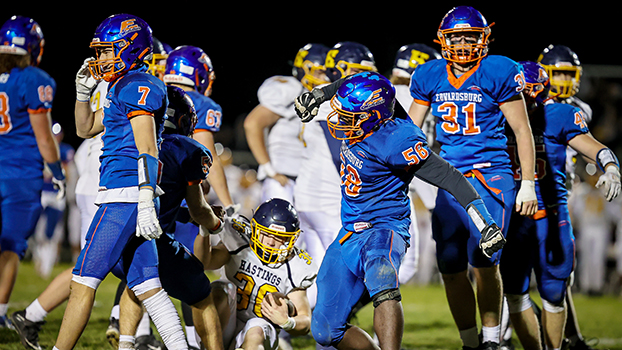 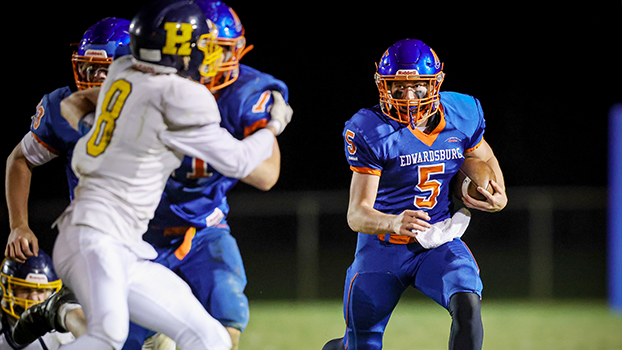 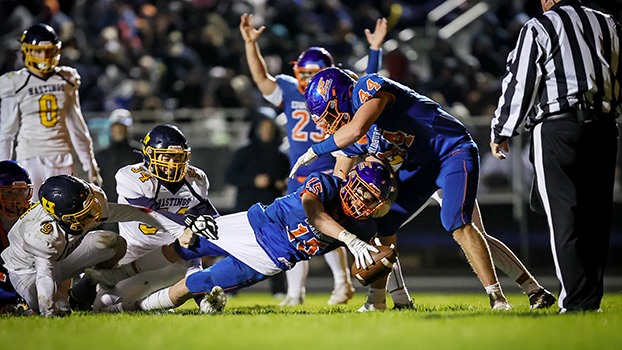 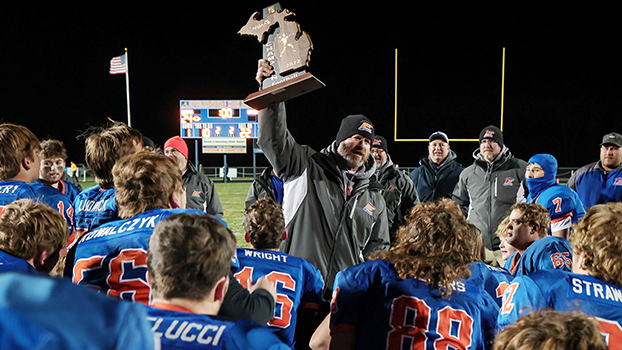 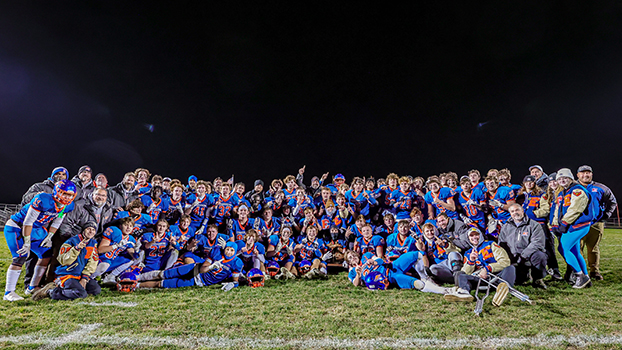 EDWARDSBURG — Many of the 28 seniors that make up the Edwardsburg football roster have never felt the pain of losing in the regional round of the Michigan High School Athletic Association playoffs.

The seniors on this year’s team would have been freshmen in 2019 when the Eddies were defeated by DeWitt 35-14 in the Division 3 Regional championship game.

That group of players has made sure they never had to feel that disappointment as they won their third straight regional title at Leo Hoffman Field with a 24-14 win over visiting Hasting Friday night.

Following the 2019 setback, Edwardsburg has reached the Division 4 state semifinals each of the previous two seasons. For the 28 seniors, the goal is to not only equal that feat, but take it one step further and advance to the Division 4 championship game at Ford Field in Detroit Thanksgiving weekend.

To get to Detroit, the Eddies will have to get past a familiar foe. Awaiting Edwardsburg in next weekend’s semifinals is Grand Rapids South Christian, a team the Eddies eliminated from the postseason in 2020 and 2021.

The Eddies (11-1) defeated the Sailors 47-7 two years ago in the regional title game, while Edwardsburg beat South Christian 28-14 for the regional championship last season.

The Sailors (12-0) advanced to the semifinal with a come-from-behind 28-14 win over previously undefeated Whitehall in the Region 1 championship game Friday night. The day and time for the semifinals have not yet been announced.

On Friday night, Edwardsburg’s offense was limited to 288 yards, all of which came on the ground as the Eddies never attempted a pass against the Saxton.

With Hasting limiting the Edwardsburg possessions, it was up to the Eddies’ defense to keep the Saxton in check, which they were able to do most of the night.

Hasting finished with only 162 yards of total offense, including 110 on the ground.

The Saxton got on the board first as they took the opening kickoff and drove from its 40-yard line down the field, using nearly eight minutes off the first-quarter clock, capping the drive with a 10-yard Isiah Wilson touchdown run. The extra point pass failed, leaving the Saxton up 6-0 with 4:12 to play in the opening quarter.

Edwardsburg would score to open the second quarter, taking an 8-6 lead that it would not relinquish.

Senior Brett Allen scored the first of his three touchdowns on a 2-yard run. Allen would also score the 2-point conversion run.

The Eddies would take on another second-quarter Allen touchdown, this one from 41-yards out to make it 16-6 as quarterback Brendan Madison connected with Allen on the 2-point conversion pass.

Hastings, in the playoffs for the third straight year, cut the Edwardsburg lead to 16-14 on a 23-yard Lanny Teunessen run in the third quarter. This time the Saxtons were able to connect on the extra point.

Allen dashed any thoughts of an upset as he scored his third touchdown with 6:33 remaining in the contest to give the Eddies a 10-point lead, 24-14.

Allen scored on a 5-yard run, and Madison tacked on the 2-point conversion to complete the scoring.

Teunessen led the Saxton with 36 yards on nine carries. Owen Carroll was 4-of-9 passing for 52 yards.