Roadrunners defeat Kennedy-King 87-77 to improve to 3-1 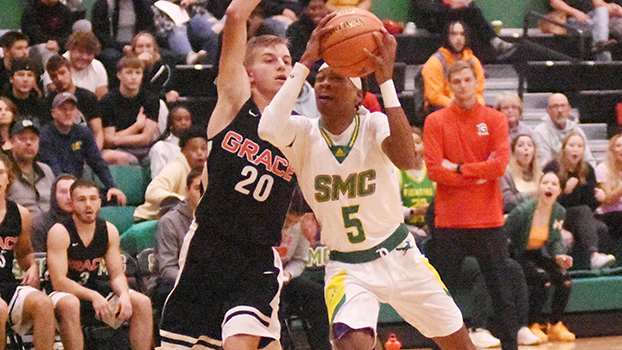 The Roadrunners outscored the Statesmen 45-30 in the opening half after Kennedy-King, out of Chicago, arrived late due to travel issues.

The Statesmen outscored Southwestern Michigan 47-42 in the final 20 minutes, but could not overcome the first-half deficit.

The Roadrunners’ Mari Nichols (Niles) scored a game-high 26 points to lead all scorers Thursday night. Nichols was 12-of-17 from the field. He also had five steals.

Rashawn Bost (Evanston, Illinois)) added 20 points, while grabbing seven rebounds and dishing out five assists. Bost was 7-of-11 from the field as Southwestern Michigan (3-1) shot 49 percent from the field.

The Roadrunners also shot 74 percent from the free throw line as they were 14-of-19.

Also reaching double figures for Southwestern were Sean Burress (Harvey, Illinois) with 15 and Mark Williams (Chicago) with 11. Burress had a team-high seven assists, while Williams had eight rebounds and six assists.

The Roadrunners return to the 1st Source Bank Fieldhouse Saturday when they host Great Lakes Christian JV at 3:30 p.m.