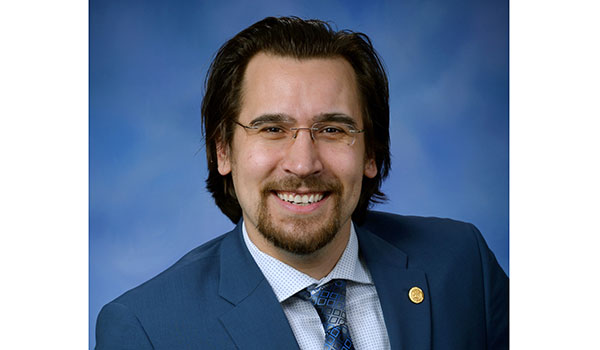 The Associated Press called the race for Paquette at 3:10 a.m. Wednesday.

Paquette was first elected to serve the 78th District in the Michigan House of Representatives in November 2018. The 78th District encompassed portions of Berrien and Cass Counties, including the cities of Buchanan, New Buffalo and Niles and the townships of Baroda, Berrien, Bertrand, Buchanan, Chikaming, Galien, Howard, Milton, Niles, Ontwa, Oronoko, Pipestone, Silver Creek, Sodus, Three Oaks and Weesaw.

Paquette received his Bachelor of Arts from Northern Michigan University in political science and pre-law in 2009, and then his master’s in the art of teaching from Andrews University in 2012.

Prior to pursuing public office, Paquette worked as an educator, teaching at Niles New Tech Entrepreneurial Academy. He also served on the Planning Commission for the City of Niles.

“I commend Naomi for her race as campaigns are no easy undertaking,” Paquette said on his official Facebook page. “I was uplifted by her positivity as we discussed the issues at debates and forums. Although Republicans have lost majorities in the house and senate, along with the executive branch, I will continue to do my best in advocating for the 37th District with integrity and love for others.”