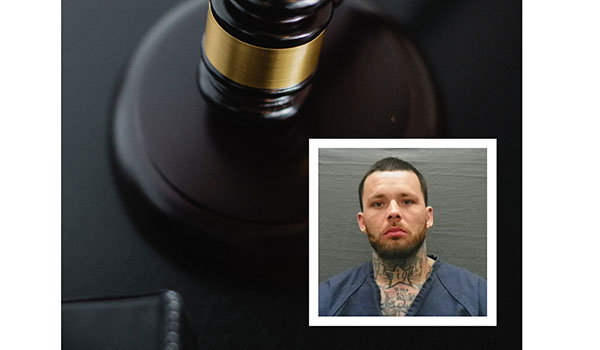 NILES – A Niles man who drove away a car left running outside a local convenience store is going back to prison after being sentenced Monday in Berrien County Trial Court.

Zachary Raymond Brooks, 35, of Niles, pleaded guilty to receiving, concealing or possession of a stolen motor vehicle and was sentenced to 18 months to five years in prison. He has credit for 12 days already served. He must pay $198 in fines and costs and $520 in restitution.

He was also given credit for eight days in jail for contempt of court for failing to appear Sept. 26 for his original sentencing date.

The incident occurred June 3 in Niles. Brooks took a car left running outside a Niles convenience store. The car was later recovered.

“This was really a crime of opportunity,” defense attorney Scott Sanford said. “A woman left her car running in front of a convenience store. The vehicle was recovered. I would ask for a sentence of probation and possibly in the Swift & Sure program.”

Brooks apologized for his actions. “I really apologize,” he said. “I was on drugs and not in the right state of mind. I’m trying to turn myself around, I need some help. Give me some help, that’s all I need.”

Berrien County Trial Judge Sterling Schrock noted that Brooks was released from parole on Feb. 7, just four months before he committed this current felony. “You had an opportunity on parole you could have taken advantage of.”

Judge Schrock said his hands were tied in sentencing Brooks, given the sentencing guideline range of 10 months to 23 months and Brooks’ own actions.

Brooks will be in court later this week in another case. There is a pre-exam conference set for Wednesday relative to Brooks’ arrest for second-degree home invasion a few weeks ago. That incident occurred in Niles on Oct. 27.

Brooks’ past record includes several felony convictions in both Berrien and Cass Counties. In 2011, he was sentenced to prison in Cass County for armed robbery, delivery/manufacture of marijuana, creation/delivery counterfeit substances and resisting and obstructing police.