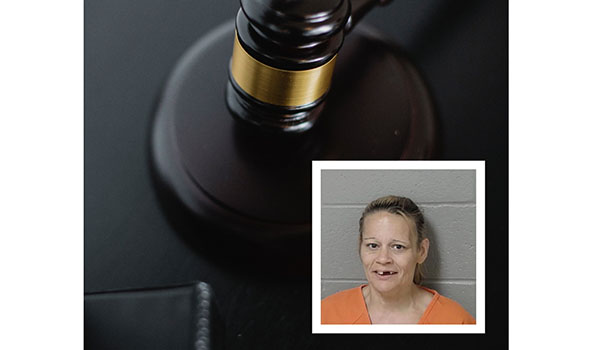 Christy Pegan, 45, of Roberts Street in Niles, pleaded guilty to possession of methamphetamines and was sentenced to 18 months probation, credit for 65 days served and $2,148 in fines and costs.

The incident occurred July 17 at Cleveland and North Orchard Streets in Dowagiac. Police were called to the area on calls about a disturbance and found Pegan and another person there. A search uncovered meth.

Fitz said Pegan dodged a bullet as she was originally charged with possession with intent to deliver meth which carries a maximum penalty of 20 years in prison. “At age 45, this is no place for her to be in life,” he said. “She faces a lifetime of vigilance to make sure she’s not back here again.”

“This is your first felony at age 45 but you’ve been using meth regularly since you were 31,” Judge Herman said. “You need to get a handle on it or your next conviction might land you in prison.”

“You also appear to have anger issues which is what prompted police to get involved here,” he added. “You had no criminal record until you started using meth, don’t you think maybe there is a correlation there? And you’re hanging out with people with violence issues, if you don’t stop, it will get worse. You get old in a hurry if you go to prison at your age.”