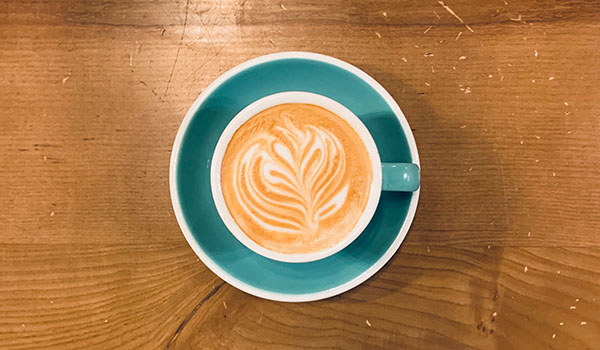 NILES — Lovers of coffee and wine will soon be able to enjoy both beverages in one location.

2nd & Main, a coffeehouse and wine bar, will soon be opening its doors in downtown Niles.

The new venture is spearheaded by owners Lea Germann, Alishia Ransbottom and Dustin Jankoviak – entrepreneurs aiming to provide Niles with a unique coffee and spirits experience.

“We are excited to get into coffee,” Germann said. “Niles needs a good coffee shop with healthy options and expansive hours. Wine and craft beers just feels right; it’s going to create an amazing atmosphere.”

The business has applied for a liquor license that has been approved by the Downtown Development Authority and will be voted on by the Niles City Council on Monday, Nov. 14. Jankoviak said food distribution has been lined up and that the team has a plan in place for decorating. Germann and Ransbottom will be managing the shop.

“With a lot of our menu options, people are going to Granger or to St. Joseph to get them,” Germann said. “I’d like to see us keeping them in Niles and bringing more people to Niles.”

The business will be located in the space currently home to Traphouse 24 SLR, which will be moving two doors down to the building between Ultra Camp and Copa Brazilian Jiu Jitsu.

Jankoviak said the buildout is not expected to be extensive as the current layout of the building fits their needs.

“It’s already really nice in there,” he said. “All we have to do is make one room bigger to create a cold kitchen and then build out the bar. The rest of it is just minor electrical and plumbing.”

While an opening date has not yet been decided, the trio is hoping 2nd & Main will be open in time for the annual Hunter Ice Festival.

“We’d obviously love to be open for (Hunter Ice Festival) because that’s a lot of people in downtown Niles that could be going in and out of our doors,” Germann said. “A lot of people come down for it. It’s gonna be exciting.”

The venture has been a dream of both Germann and Ransbottom, the former owners of Healthy Habits, which uses products from Herbalife Nutrition, a multi-level marketing company. Having sold Healthy Habits to a former customer, the duo looks forward to owning their own business outright with no strings attached.

After having discussions about their vision for the business, the trio wanted to provide a friendly space that appeals to coffee drinkers, health enthusiasts, date night couples, people on-the-go and more.

“The conversation turned into coffee and this whole ‘beans and barley’ feel,” Jankoviak said. “You get that coffee shop vibe while also having the ability to drink and enjoy a glass of wine while you’re working on a project or before going to see a movie or whatever you want to see, which is cool.”

With fitness and wellness businesses including Traphouse 24 SLR, Fitstop 24, SLR Pilates and the Niles-Buchanan YMCA in close proximity, the trio believes 2nd & Main will benefit customers looking for healthier food and beverage options.

“We had a meeting and a lady was like, ‘I wish I could grab a coffee and a salad or something,’” Germann said. “There’s nowhere to do that. So we want to bring that to Niles.”

“We want to give some people a reason to do our juice cleanse and take our ginger shot or tumeric shot or have a clean meal after the workout or something like that,” Jankoviak said. “So it’s just intertwining it all together to create something that complements all these other places but doesn’t compete against them.”

Germann said 2nd & Main will be partnering with local small businesses, including a new local event center at 105 E. Main that also houses Airbnbs. Event center renters will be offered packages including a coffee cart, pastries and salads. The Airbnb welcome kits will feature complimentary coffees and coupons to drive the business and bring customers in the door.

“We are also partnering with a few local small businesses so we can support them and they can in turn support us as well,” she said. “We want to create an ecosystem in downtown Niles.”

As 2nd & Main continues to progress toward its opening, Germann, Ransbottom and Jankoviak look forward to becoming part of the downtown Niles landscape.

“I’m excited to be a part of it,” Ransbottom said. “From being from out of town and getting involved in local things. My sons will be raised here and that’s really exciting for me to be a part of it considering my husband is from here.”

With Souldier’s recent purchase of the Star Building, The Underground Laugh Lounge setting up in the Carnegie Library and the revival of the NODE on Second Street and much more, downtown Niles will look different one year from now. Jankoviak is excited to be a part of the movement.

“I think we’ve hit this tipping point where there’s so many good things happening,” Jankoviak said. “It’s just nice to be able to say that like we had a hand to play in this, and where this community will be in 12 months. In 12 months, downtown will look very different than what it is now. To be a part of that process is really exciting.”

For Germann, opening 2nd & Main will mean following the entrepreneurial example of her father, Dave Fisher, who owned Gallagher’s Carpets for years.

“Even now if I say Gallagher’s Carpets, a lot of people know exactly who my dad is,” Germann said. “It brought a lot to the community and I’d like to follow in his footsteps and do the same thing. I think we’re gonna bring a lot more people in and do a lot of good in Niles.”