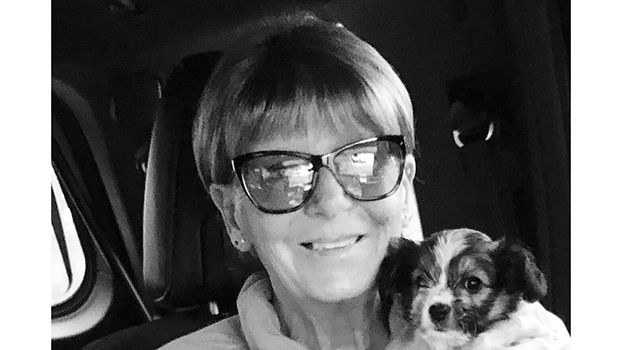 Angelyn Faye Wright, 69, of Cassopolis, died Monday, Oct. 31, 2022, in the comfort of her family’s presence.
Her life began April 29, 1953, in Kalamazoo, Michigan the second youngest of four children born to Bernard and Faye VanNess. She married Kenneth P. Wright Aug. 6, 1977, in Cassopolis, Michigan. After almost forty years of marriage, he preceded her in death in 2017.
More than anything else, Angie loved spending time with her family, especially her grandkids. She loved flowers, the water, and being outdoors. Angie was an avid “I Love Lucy” viewer with two copies of every episode. She loved the holidays and had one tree that she would re-decorate according to the season.
Angie will be greatly missed by family and friends. She is survived by two sons, Kenneth (Ashley) Wright, Steve (Becky) Wright; one step-son, Rob (Tonya) Wright; six grandchildren, Brady Wright, Michael Wright, Mia Wright, Cora Wright, Caiden Wright, Paxton Wright; two sisters, Georgia (Bruce) Kline, Kathlyn Williams; one brother, B. Samuel (Stephanie) VanNess; and a host of nieces and nephews.
In addition to her husband, she was preceded in death by her parents.
Family and friends will gather Friday, Nov. 11, 2022, from 10 a.m. until time of service at 11 a.m. in Wagner Family Funerals Connelly Chapel, 202 North Broadway Street, Cassopolis.
Angie’s remains will be laid to rest beside her beloved husband in Prospect Hill Cemetery in Cassopolis, Michigan.
The family prefers contributions in memory of Angie be made to Center for Hospice, 535 Comfort Place, Mishawaka, Indiana 46545.
Arrangements have been entrusted to Wagner Family Funerals Connelly Chapel, Cassopolis. Please share a memory or a message online: wagnercares.com