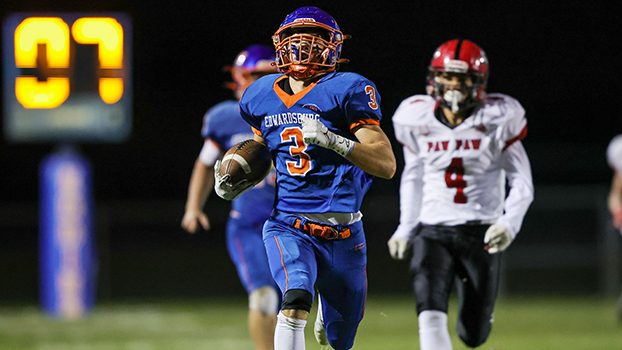 Edwardsburg's Andrew Colvin (3) breaks away for an early touchdown for the Eddies against Paw Paw Friday night. (Leader photo/JEFF DOUGLAS) 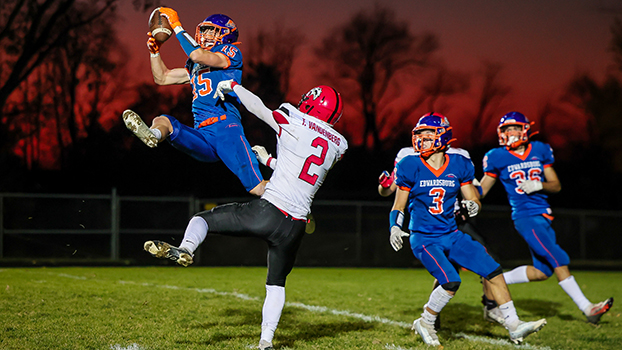 Brett Allen goes high in the air for a pass in the Eddies’ 36-0 win over the Red Wolves in the opening round of the Division 4 playoffs Friday night. (Leader photo/JEFF DOUGLAS) 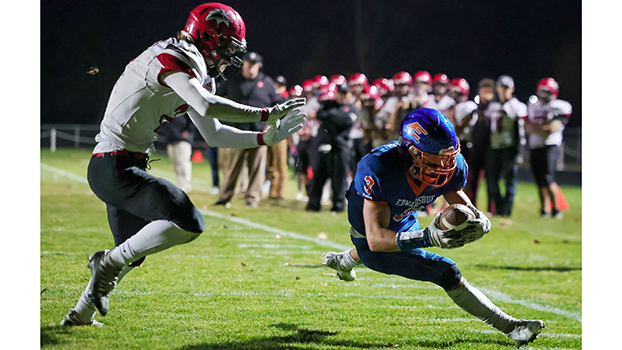 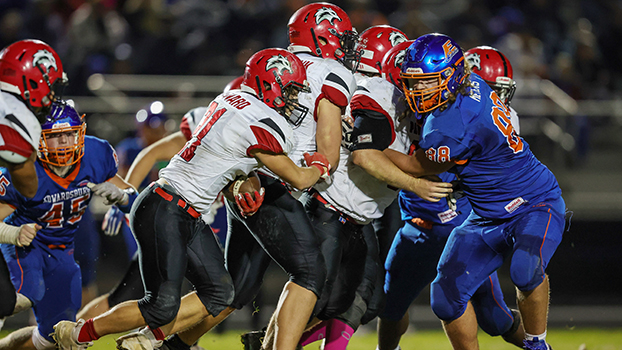 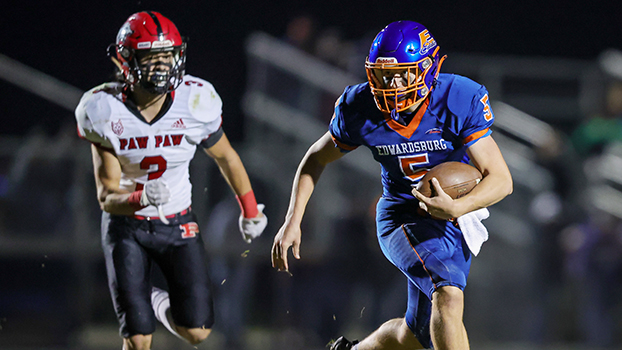 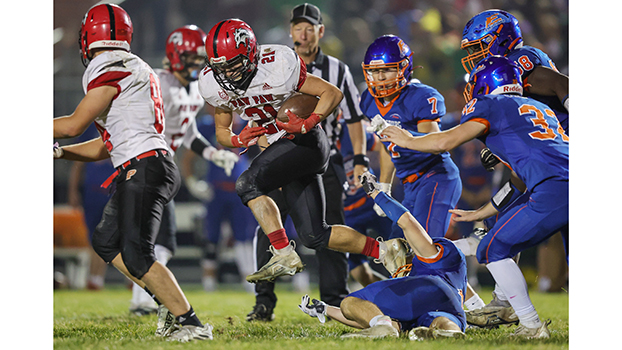 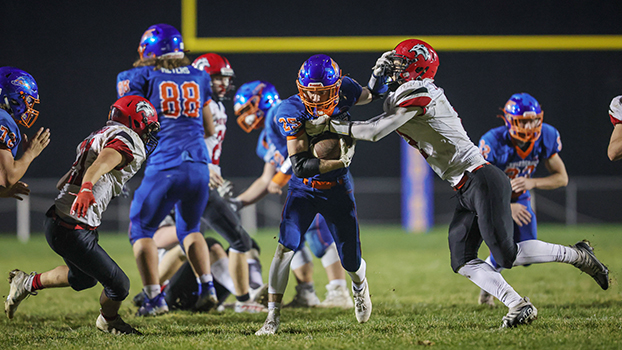 The Eddies defeated visiting Paw Paw 36-0 at Leo Hoffman Field Friday night to advance to the Division 4 District title game where they will face Wolverine Conference foe Niles, which was a 56-32 winner over Three Rivers in the other district semifinal.

Edwardsburg (9-1) is seeking its sixth straight district championship. The last time the Eddies did not advance to the regional round of the Michigan High School Athletic Association football playoffs was 2015 when St. Joseph knock off Edwardsburg 40-28.

The Eddies and Vikings (6-4) will meet for the second time this season. Edwardsburg defeated Niles 45-7 in their Wolverine Conference matchup in Week 3. Friday night’s title game will be only the third meeting all-time between the two schools.

Leading 8-0 heading into the second quarter on a 72-yard Andrew Colvin touchdown run, the Eddies exploded for 21 points to take a 29-0 lead into the locker room at halftime.

Brett Allen scored on a 65-yard run to open the second-quarter scoring. Colvin scored twice more — on a 10-yard pass from Brendan Madison and a 1-yard run — to complete the first-half scoring.

Edwardsburg added an Allen 58-yard run in the third quarter for the only points of the second half.

Friday night’s game between Edwardsburg and Paw Paw was much different than the first meeting between the two Wolverine Conference schools.

Coming into the game, veteran Edwardsburg Coach Kevin Bartz expected his defense to play better because the Eddies had gotten healthier over the final weeks of the regular season.

Allen, who made his return from injury against the Red Wolves and scored four touchdowns in the first meeting, led the Eddies in rushing Friday night with 140 yards on nine carries and a pair of scores. Colvin finished with 91 yards on seven carries with two touchdowns.

Madison was 2-of-3 for 66 yards and the touchdown toss to Colvin.

Defensively, Edwardsburg was led by Blake Ludwick’s 4.5 tackles. Tibor Widman had four tackles, while Zac Zache, Allen and Colvin were all credited with three stops. Allen also had an interception.