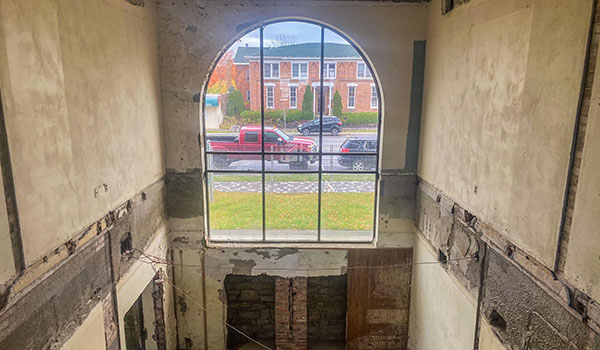 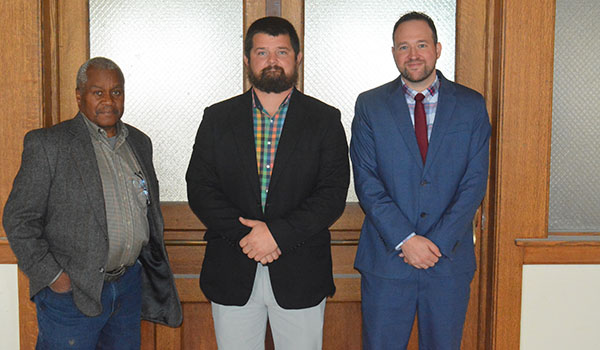 CASSOPOLIS — The Cass County Historic Courthouse has faithfully watched over the Village of Cassopolis for 123 years. After nearly two decades of vacancy, county leaders are working to ensure the building is not only a symbol of the county’s storied past, but also a part of its promising future.

The Cass County Board of Commissioners hosted a walk-through of the historic courthouse as its renovation project gets underway.

Upon completion, the historic courthouse will serve county residents through the offices of the administrator, clerk, treasurer, equalization, veterans services, geographic information systems, information technology and of course, commissioner chambers.

“It’s huge,” said Cass County Administrator Matthew Newton. “When you look on our website, there’s studies (on renovation projects) that go back to 2004, 2007 and 2014. This has been on the top of the mind for our community for a long time and to finally actually be able to see that through is really huge. It’s truly an honor to work with our board of commissioners and our community to actually see a historic building, a treasure like this being brought back to life.”

BOC Chair Skip Dyes remembers when both the annex and modernization of the building took place in the 70s and is excited to see the courthouse renovation take place.

“It feels great,” he said. “It’s something that should have been done. When you come into the Village of Cassopolis, the first thing you see is the courthouse even before you get here. It sat empty for 20 years and part of it was money and part of what we’re gonna do with it? So we made a decision on what to do with it and fortunately, we came up with the money.”

The renovated courthouse is expected to reopen next fall or early 2023. Commissioner Ryan Laylin looks forward to the building becoming the central hub of the county once more.

“The biggest thing is we’re gonna have availability in the spaces for people to come in and actually use the building,” said Commissioner Ryan Laylin. “The public can actually have parts of the building to use for meetings,group sessions and anything the public wants to do.”

In addition, Laylin is eager to see county employees being able to work with more natural light.

“My biggest push through all of this is getting something to the point where employees that have been here for 15, 20, 25 years actually have an opportunity to work in an office that’s got some windows,” he said. “This building is the biggest focal point when you come into town and being that it’s a county building, it’s time to get things back over there and use it to its full potential.”

Newton said that the third floor of the building will pay homage to not only the building’s history, but the history of Cassopolis and the county, as well.

“It is a historical site and I think for everybody, seeing that it’s not going to get demolished and that some important part of our past is going to stay with us is important,” he said. “I think one thing we’re really doing that is exciting is we’re going to not only restore but lean into that history a little more. Important people, events and things like that throughout our past to really use this as a way to try to get people to connect with our heritage and feel what it’s like to be part of something bigger than ourselves.”