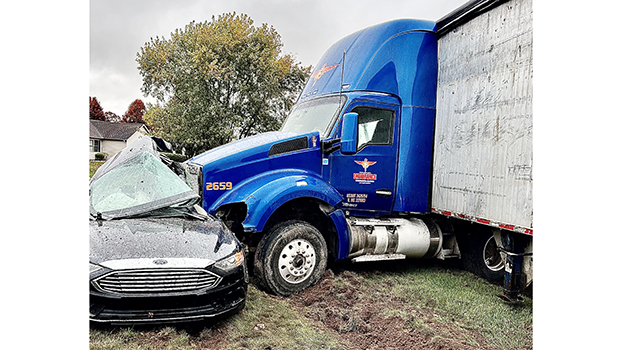 Investigation showed the driver Andres Rivera, 24, of Elkhart, turned in front of a semi that was heading eastbound on Old M-205. The driver of the semi-truck was Robert Dice, 60, of Battle Creek.

Drugs and alcohol are not believed to be a factor and seatbelts were worn at the time of the crash. This case remains under investigation.