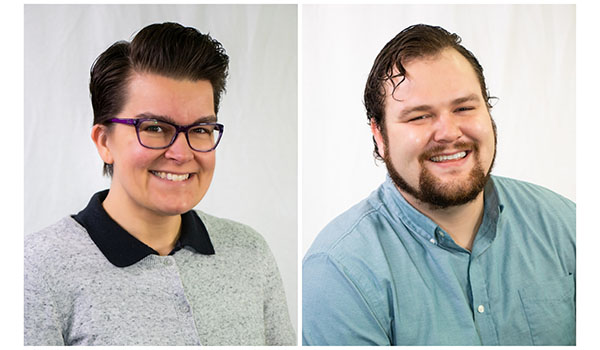 Jessica Nelson and Travis Timm received a round of applause after participating in their last council meeting as members of the Niles City Council. Their four-year terms have come to an end and neither Timm nor Nelson will run for re-election.

Timm and Nelson were voted to the council in 2018 as representatives of the 2nd and 4th ward, respectively, with Timm being sworn in after drawing his name from a hat. The council seats they leave behind will be voted on in the Nov. 8 general election.

“It has been an honor and a roller coaster the last four years,” Nelson said. “I feel like we’ve accomplished so much with this council and I feel so privileged to have been a part of it. From Day one when we were sworn in, we overturned the marijuana ban and it’s been an adventure and excitement ever since then.”

Following graduation from Niles High School, Nelson earned an Associate’s degree from Lake Michigan College and went on to earn their Bachelor’s degree in Political Science at IUSB.  Nelson currently runs the Center for Business Intelligence at the University of Wisconsin’s Institute for Business and Entrepreneurship, working remotely from home.

Nelson highlighted a number of council decisions she was proud of, including the Pucker Street Dam removal, the groundbreaking and opening of Indeck and the implementation of the NODE during the pandemic.

“I will always appreciate the time I was able to serve this community that I love so much,” Nelson said. “I’m not going away so much as I’m stepping over to the side and doing other things behind the scenes. So thank you all, it’s been an honor to serve you.”

Timm thanked the Niles community and the council for allowing him to serve his constituents.

“I think I’ve learned a whole lot,” he said. “I wish I could say it was all sunshine and rainbows and the time of my life but it wasn’t. I got a really big taste of politics. I’m really grateful for this staff the city has, you all do a tremendous job. I’m thankful for the last four years and I definitely learned a lot.”

Mayor Nick Shelton thanked Timm and Nelson for their years of service to the city.

“It feels like yesterday that I was at the Berrien County Courthouse watching councilmember Timm draw the elected tag out of a hat,” Shelton said. That was one of the craziest things I’ve ever seen, but it led us to a really awesome four years as a council. I just want to say that I’m grateful for (Timm’s) service and for the service of councilmember Nelson. Your data-driven analytical mind has just been such an asset to this council and this city. You two have brought personality to this council and so much wisdom. I’m just grateful for the way that you guys dedicated your hearts to the city of Niles and am just very appreciative of everything you’ve done on these last four years. We have accomplished much, thank you so much for that.”