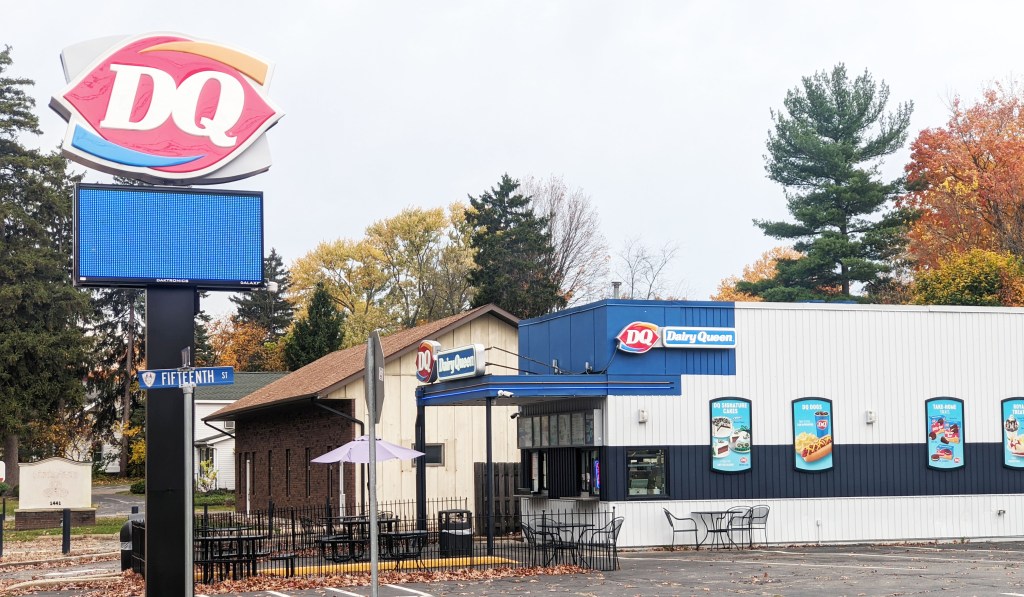 NILES — A local eatery could soon be expanding its business space.

The Niles City Council approved the first reading of an ordinance to amend the City of Niles Zoning Ordinance and Zoning Map to rezone parcels 11-72-6800-0011-00-6 and 11-72-6800-0010-01-8 from Low Density Residential District to Neighborhood Center District to facilitate the remodel and expansion of the Dairy Queen, 1445 Oak St., during its Monday meeting.

Following Monday’s first reading, the ordinance adjustments will be brought before the council for a second reading and voted at the regular meeting on Nov. 7.

According to city officials, Russo and Russo, LLC submitted an application to the City of Niles Planning Commission to rezone 12 S. 15th Street and the lot immediately to the south (parcels 11-72-6800-0011-00-6 and 11-72-6800-0010-01-8) from Low Density Residential District to Neighborhood Center District to allow for the business’ expansion and renovation. The expansion would give the restaurant the ability to lengthen and restructure its queue line to prevent it from extending out into the street on busy days.

On Sept. 28, the planning commission approved motions to recommend the City Council rezone these parcels to Neighborhood Center and to amend the City of Niles Zoning Map.

“My concern was that the motion that was on the floor was to permanently change the zoning of that parcel that the Dairy Queen had bought, which leaves a future opening for some other kind of business that wind up there,” he said.

DiCostanzo said a number of residents in and around the Dairy Queen area attended the planning commission meeting and relayed their concerns.

“I think that they were good concerns,” he said. “The people would be unhappy if something different than the Dairy Queen ended up there. I think there are other approaches that wouldn’t be a permanent zoning change to that lot. I think there are some opportunities for doing that just based on the number of people who showed up in concern of that neighborhood, I thought we owed them a little bit more.”