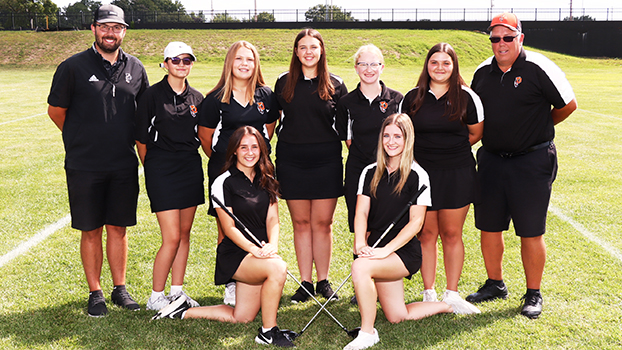 The Chieftains were Division 4 Academic All-State last year after being Division 3 the previous five years. Dowagiac returned to Division 3 this season.

Dowagiac posted a team GPA of 3.868. The five players who competed at the regional are used to make up the team GPA. This year for the Chieftains, Rebecca Guernsey, Carlee Spagnoli, Anna Ironside, Cora Wegner and Bree Behnke made up the team.

The Chieftains had four players with a GPA or 4.00.

“It’s always a big team goal,” said Dowagiac Coach Bob Turner. “It makes it easy with the great groups of players and supportive families that we have had for the last several years. First time I ever had four players with a 4.0 though. We like to tell them they are student-athletes and student comes first. It’s part of the success that we have enjoyed.”

A team must have a combined GPA of 3.5 or higher on a 4.0 scale to be considered for academic all-state. Players with a 4.0 GPA receive bonus points according to their grade level (i.e. sophomores receive 4.05, juniors receive 4.10 and seniors receive 4.15). Eighth grade transcripts are used for freshmen players.

Individual Academic All-State will be released at a later date by the MIGCA.