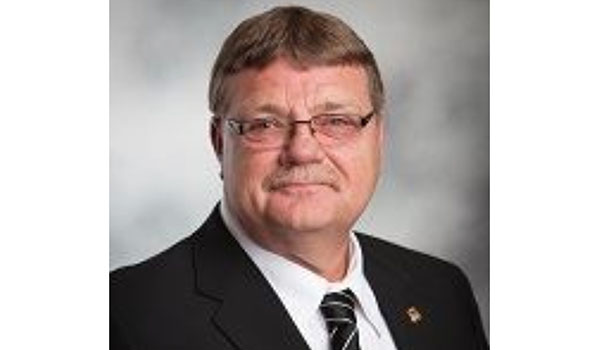 Curran announced his new job at the end of Thursday’s meeting, noting that he had been sworn in as the Niles Township Supervisor earlier this week on Oct. 17. He succeeds Jim Stover who resigned earlier this fall due to poor health. Curran will serve until Dec. 31, 2024.

“I was approached to fill the position and I said I would think about it,” Curran said. “I then got hold of our attorney and they talked to theirs and I talked to (County Administrator) Brian (Dissette) and (County Board Chair) Mac (Elliott). The legal advice is that I can do it, that there is no conflict and they are not incompatible offices.”

“I want to assure this board that I will devote the time necessary to do both positions and I will continue to devote time to the county board,” he added. “I’m fully retired, I have the time to do it.”

Relative to Silver Beach, Berrien County Parks Director Jill Adams and architect Jason Vetne of DLZ Architects unveiled the new master plan for Silver Beach which is located on Lake Michigan in St. Joseph. Adams said the plan has been developed over the last year with input from past and current staff, residents and other community leaders.

She and Vetne said the master plan calls for improvements in three areas: playground equipment, the concession stand and the main entrance area. The last item includes developing a new plaza space at the main entrance and more lanes to reduce traffic congestion for those coming into the park.

Adams described most of the playground equipment as having held up great but at the “end of its life”. It will be the first project from the master plan to be addressed with the county board applying Thursday for a $1 million Michigan Department of Natural Resources “Spark” grant. The county would then provide a 10 percent local match.

The Spark Grant program was created this year to support projects that provide safe and accessible public recreation facilities and spaces.

A new building is also being proposed to replace the existing concession stand which was built in 2003 with the idea that it would be temporary. The new building would have a total of 5,000 square feet and also include dedicated space for lifeguards and public safety.

Adams said she will continue to gather public input as well as approach investors and vendors for their feedback about the plan and how to fund it.

In resolutions approved Thursday, commissioners extended the county’s contract with Wightman on juvenile center services. The county had hired Wightman to help with the development and design of a new juvenile center on Napier Avenue in Benton Township.

The additional work centers around studying the existing utility systems at the current juvenile center in Berrien Township. As Curran reported earlier this month, that building will continue to operate for a number of years as the new center is planned and built.

Commissioners also added to their contract with the Southwest Michigan Planning Commission for broadband grant services. The planning commission will now do extended services with the county and with townships to help expand broadband infrastructure throughout the county.

Commissioner Teri Freehling said the county is now well positioned to partner with townships to expand broadband. The county originally set aside $6 million in American Rescue Plan Act funds to help townships fund broadband projects. She said more federal and state grant opportunities are becoming available and will be brought to the board in the future.