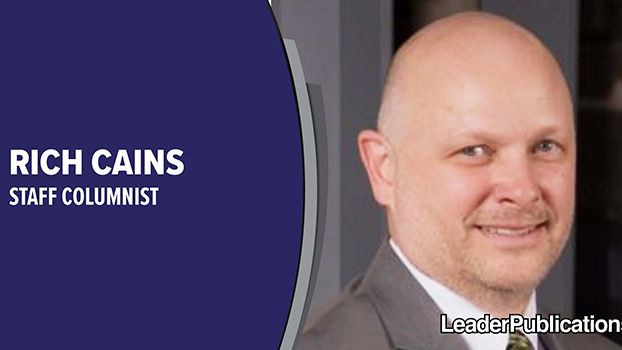 In 1966, a crowd gathered around Andy Warhol as his photographer was trying to take photos for a proposed book.  Warhol supposedly remarked that “everyone wants to be famous” to which his photographer, Nat Finkelstein replied, “Yeah, for about fifteen minutes, Andy.”  And thus, the famous misattributed 15 minutes of fame quote took root into pop culture.  Regardless of how it actually happened on that day of the photoshoot, this often-credited quote of Warhol has been passed down several generations and thrives in today’s culture.

I am still waiting for my 15 minutes of fame.  I do not believe that second place in the 1978 Michigan City Pitch, Hit and Throw Optimist Club Contest constitutes much fame.  Even if I have never been the subject of what most people would consider fame, I have been around a few people who have made my hands shake and my heart pound.

About 35 years ago I had the privilege or audacity to interrupt the lunch of Muhammad Ali at a hotel in Berrien Springs.  The man could not have been nicer.  He provided me with an autograph, and he actually stood up and showed me his “float like a butterfly” illusion that made him look like he was levitating.  At the time, his speech was slowed, but he was still driving a very large, white Rolls Royce.  As a young person who loved watching ABC Wide World of Sports on Saturday’s, Muhammad Ali was often featured and as we all know, a world figure.

About five years ago, I attended a work event in Chicago and had no idea who the guest speaker was going to be. I was handed a ticket and told to attend by my supervisor.  About an hour into this program, which was attended mostly by high school students, the lights went dim and the rumble of Saturn V rocket engines filled the arena. The crackling recordings of words like “roger, over, three forward 9 down, eagle,” could only mean one thing, an astronaut was about to walk on stage.  And, that astronaut was Buzz Aldrin.  As a 60’s – 70’s kid who built rockets, watched moon launches and landings and had a toy box full of space toys, I suddenly felt like I was 6 years old again.  I had astronaut posters on my wall and probably still would if my wife allowed them.  There was a place in time where the world knew Buzz Aldrin and Neil Armstrong.  Everyone stopped and observed the moon landing of Apollo 11.  Nearly 50 years later an event coordinator at this venue whispered in my ear, “Do you want to meet Buzz?” A few minutes after his speech I found myself backstage gripping the hand of Buzz Aldrin. I could barely speak to him as I was so choked up with emotion. What does one say to the first man who landed on the Moon?  Since the beginning of time, every civilization has looked up and marveled at the Moon and now I am in the presence of a person who walked on it following Neil Armstrong’s “giant leap for mankind.”  It was the highlight of my “touch” of fame.

Everyone has a story. Some people have had their 15 minutes of fame and others, like me have just been able to come in close contact with a few famous people. Share with me your story. I would like to choose a few of them to share with our readers. You can email me at rich.cains@leaderpub.com or feel free to mail a legible note to me at our Leader Publications address of 217 N. 4th St.  Niles, MI  49120.  I will use your name and the city you are from.  Fame or meeting fame?