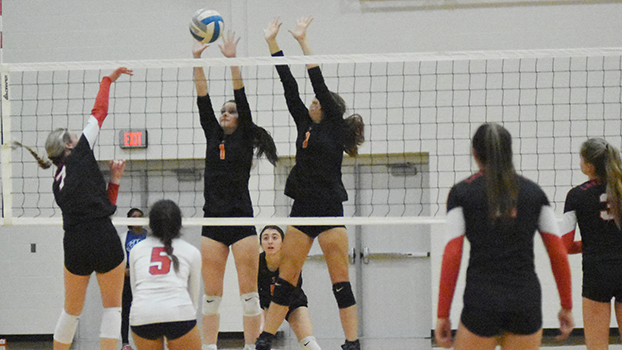 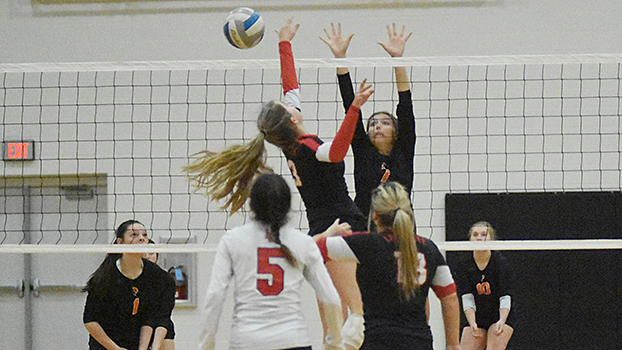 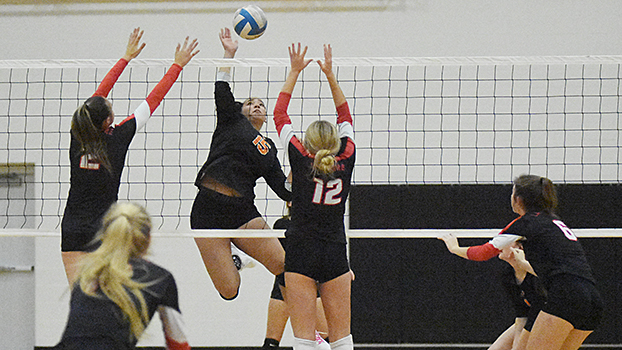 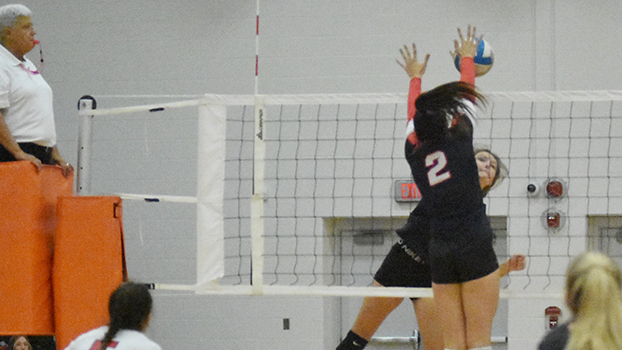 DOWAGIAC — The high school volleyball regular season is quickly coming to a close.

Teams are working to squeeze as many matches in before the postseason begins at the end of the month.

Dowagiac (19-13-4) hosted what was supposed to be a quad Monday night with Watervliet, Lakeshore and Hopkins. The Vikings did not make the trip to Dowagiac leaving the event as a round robin.

“Tonight, the goal for the team was to make sure to have high energy for every point they play,” said Dowagiac Coach Amber Todd. “I thought the girls did a great job on defense and they worked hard on putting the ball away. Caleigh [Wimberley] did a great job being our go to hitter. Since we are getting closer to districts we really need to focus on consistency with our offense and our serving.”

Against the Lancers, Wimberley had 10 kills and four digs while Alanah Smith had four kills. Abbey Dobberstein finished with 10 digs, two kills, an ace and a block. Brooklyn Smith finished the match with 18 assists and a block.

The Chieftains travel to Cassopolis for a non-conference match Thursday and then to Berrien Springs for the Wolverine Conference Championships Saturday.

The Bucks will head into the Lakeland Conference Championships Saturday with a full head of steam after sweeping Our Lady of the Lakes 25-10, 25-22 and 25-17 Monday night.

The sweep improved Buchanan, which was undefeated [4-0] in Lakeland regular-season matches, to 26-5.

Chloe Aalfs had a big night against the Lakers as she finished with 12 kills and four aces, while Faith Carson added nine kills and five blocks. Alyssa Carson finished with eight kills and two blocks. Sophia Backman had 31 assists to go along with three aces.