‘We have a situation’: Dowagiac school board addresses bullying in district 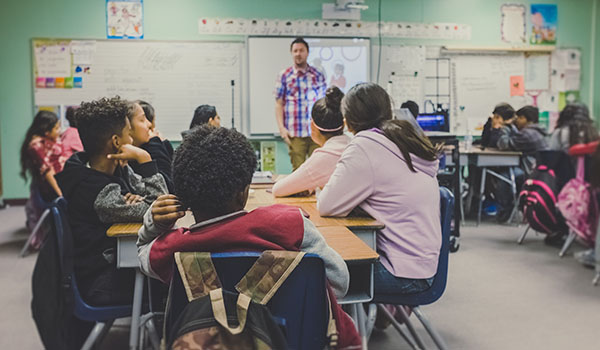 DOWAGIAC — Bullying was the topic at hand during Monday’s Dowagiac Union Schools Board of Education meeting at Dowagiac Middle School.

The board voted 5-1 to expel a student following an appeal from the student’s parent for what the district concluded was an assault on another student. The student was one of four students the board moved to expel through the end of the 2022-2023 school year.

The board unanimously voted to expel the first three students. The fourth student’s family requested to appeal the board’s recommendation of expulsion in an open session. Superintendent Jonathan Whan explained that the student – referred to as “Student A” – was recommended for expulsion due to an assault that occurred on Sept. 12 at Dowagiac Middle School.

According to Whan, Student A, a seventh grade student, approached another student – who allegedly made derogatory comments toward them – from behind, grabbed their hair, shoved them into the lockers and punched them four times with their dominant left hand. Student A did not let the other student go, and the other student did not fight back.

Student A’s mother spoke about their disagreement of the expulsion, asking for the board to give Student A another chance and stating that Student A had learned from their mistake. According to the parent, Student A had been a victim of bullying multiple times since the sixth grade.

“She has learned from her mistake,” the parent said. “We can learn from this mistake of how to go about the situation. I just feel that my daughter’s education is being ripped away in the blink of an eye over violence. I understand she should have taken a different route of going to the principal or another teacher but she didn’t feel comfortable going to an adult because when she did, nothing happened.”

According to the parent, Student A was a victim of bullying by not only the student she retaliated against, but by older students as well.

“Nothing happened out of all the times she got bullied in sixth grade,” “I can’t tell you how many times she came home crying because nothing was done.”

What is being done?

Board member Carrie Freeman asked if adding social workers and student advocates would have an impact on bullying cases. Middle School Principal Dr. Sean Wightman, who was in attendance, said that the middle school has taken steps to address student behavior.

“We have multiple sources of support for students in place,” he said. “We have also front-loaded expectations for student behavior at the beginning of school behavior. Our support staff and counseling staff are going into classrooms talking about mindfulness and making good decisions and choices.”

Wightman said the school has been implementing the plan since the end of last year and beginning of this year.

“We have seen significant reductions in student behavior issues,” “We have done those things and we have seen students making better choices.”

Wightman urged parents and guardians to monitor social media conservations with their children.

“A lot of it spills into our schools and our classrooms and we’re having to address those concerns with students which we have know knowledge of at all,” he said.

‘We have a bullying situation’

Board Secretary Terry Groth said he believes the district has had a history of bullying problems and said that he, himself, was a victim of bullying while a student in the district.

“Clearly, we do have a bullying situation in our district,” Groth said. “We’ve had it for a long time. I was a victim of bullying back in high school. It wasn’t until I got into sports and lifted weights that it turned the tide. I understand this student’s situation and people making it worse. I had a cousin in this district that had to leave the district because of a bullying situation we couldn’t resolve.”

After some discussion, the board decided to stick with their no-tolerance bullying policy, with everyone but Groth voting to expel Student A.

“This seems to me to be an open-and-shut case of assault based on ‘maybes’,” said DUS Board Treasurer Ron Jones. “With parents’ help and working with the schools, we can convince students that violence isn’t the way to go.”

“I hate losing a student that is an A and B student,” said Trustee Brent Brewer. “That kills me because I have students in the middle school and I can picture myself in her shoes and what she has to go through. At the same time, we have put out numerous zero-tolerance letters because we are tired of losing students because they’re scared about their safety and security in these buildings. We have to put a line in the sand.”

Board Trustee Tracy Hatcher said the district needs to do a better job of addressing the bullying taking place within the district so that instances like this don’t happen again.

During the meeting, a student representative report was given by seniors Josie and David from Dowagiac Union High School. The two reported that the marching band had earned a Division 1 rating, and that their fundraiser, which will be donating socks to the homeless, had begun.

Superintendent Jonathan Whan also spoke about school safety improvements within Dowagiac. Whan stated that the technology and facilities will be upgraded, the safety school plans will be reviewed and updated, the major entrances to the schools will be enhanced, and that classroom door security will be added. Whan also discussed mental wellness improvement in the schools, stating that for K-12 there are six counselors and social workers and four behavioral specialists, and a total of twelve individuals working on a daily basis with the students.