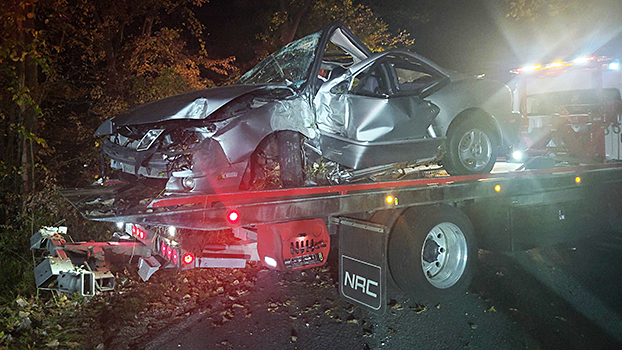 DOWAGIAC — Speed is believed to be a factor in a single-vehicle crash that sent one to the hospital in Pokagon Township Sunday night.

The Cass County Sheriff’s Office responded to a crash on Peavine Street, East of Sink Road at approximately 8:34 p.m. Sunday.

Investigation shows that 18-year-old, Baroda resident, Alex Foster, was driving east on Peavine Street when he lost control of his vehicle in the curve, driving down an embankment on the south side of the road and struck a tree.

Foster was transported by Ambulance to Borgess Lee Memorial for minor injuries.

Speed is believed to be a factor. Seatbelts were used at the time of the crash. Alcohol and drugs do not appear to be a factor in this crash.