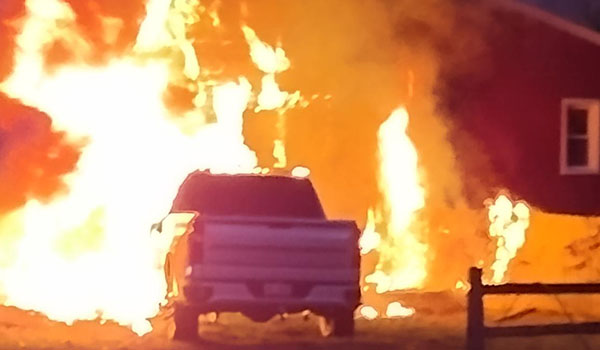 HOWARD TOWNSHIP — Two local residents were injured Monday after a two-vehicle crash caused a residential fire in Cass County, according to the Cass County Sheriff’s Office.

Sheriff Richard J. Behnke reports his deputies were dispatched to the 1300 block of Barron Lake Rd., Howard Township, for a vehicle that had crashed into a residence. This crash occurred at approximately 7:33 a.m. Monday.

Seatbelts were worn at the time of the crash. It is unknown if drugs or alcohol were contributing factors in this crash. This crash remains under investigation.