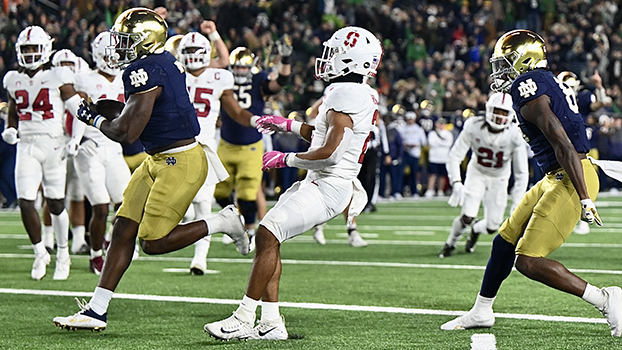 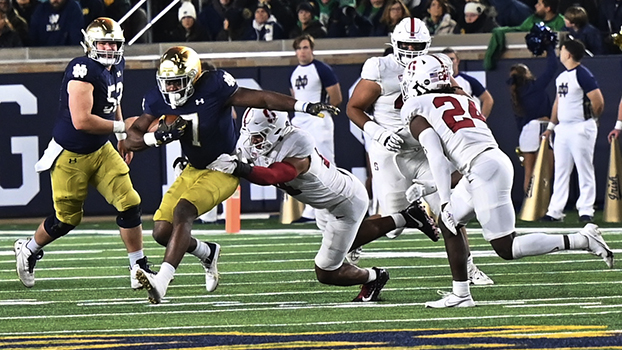 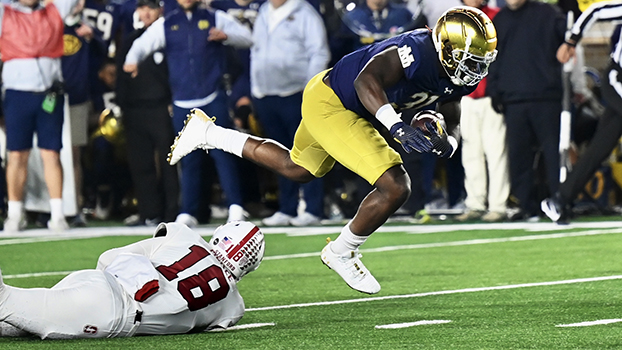 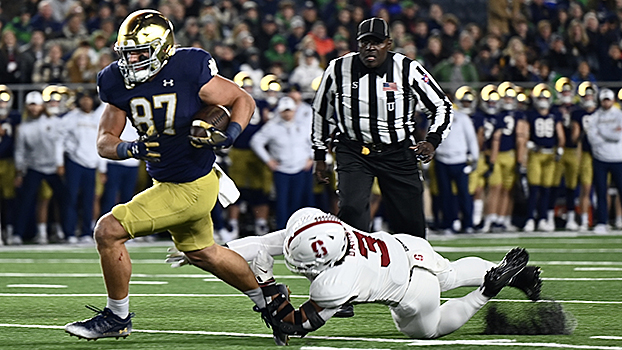 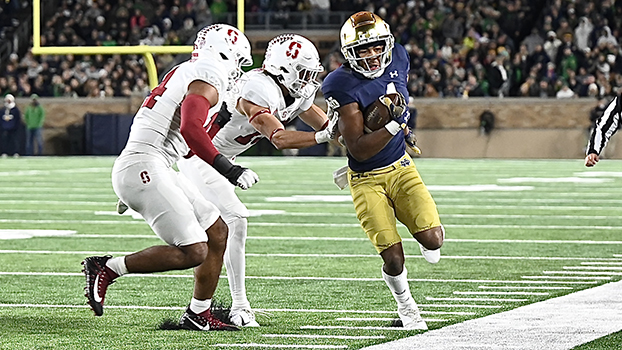 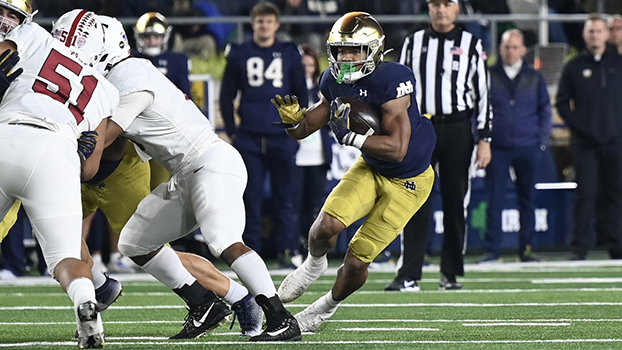 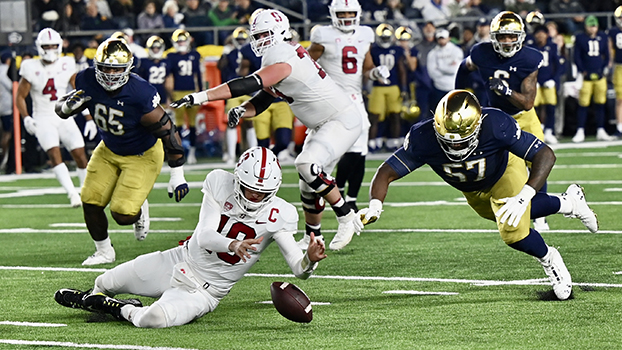 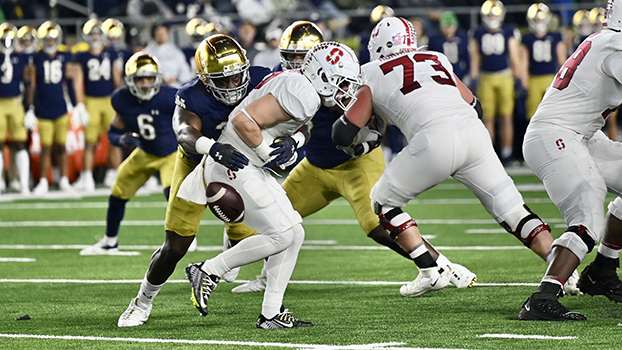 The Fighting Irish (3-3) amassed just 106 yards of offense in the first half and found themselves in a 10-0 hole at halftime.

“Our lack of execution was frustrating, especially in the first half,” said Notre Dame Head Coach Marcus Freeman said. “In the second half, we did a better job of running the ball, but we were not able to pass the ball effectively.”

“I put a lot of that on myself,” said Notre Dame Quarterback Drew Pyne. “We had some good looks but at the end of day I have to execute better.”

The Cardinal (2-4) increased the lead 13-0 before Audric Estime (rushing touchdown) and Tobias Merriweather (receiving touchdown) scored on consecutive drives to give the Fighting Irish a 14-13 lead with 14:53 left in the game.

Not to be denied after having lost three of its four games to ranked teams, the Cardinal would drive down the field to kick the game-winning field goal. Stanford’s Joshua Karty kicked field goals of 45, 43 and 43 yards.

Notre Dame had two chances to take the lead, but fumbled with 6:35 left and turned the ball over on downs with 1:04.

“We have a bunch of coaches and seniors on this team that are trying to improve,” a frustrated Freeman said. “We just have to take this pill and swallow it; we will continue to get better.”

Defensively, the Cardinal , who entered the game as the 111th scoring defensive team in FBS, allowing 32.6 points per game, forced two turnovers at crucial times when the Fighting Irish were driving down the field.

This was Stanford’s first win against a FBS opponent since they beat Oregon 31-24 in overtime on Oct. 2, 2021. it hosts Arizona State next Saturday.

Notre Dame will look to find their offense Saturday as it hosts the UNLV Rebels.