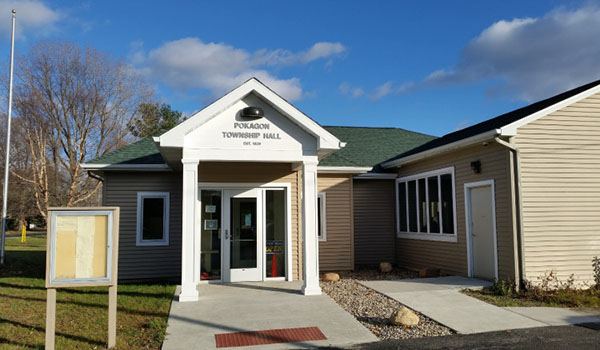 Treasurer Kevin Young, Clerk Christina Davis and trustees Gary Mihills and Bob Shaffer were present as well. County Commissioner Jeremiah Jones spoke during public comment, explaining what the ARPA funds in Cass County will be used for, some being used for the county courthouse.

Following, Brian from Kruggel Lawton spoke to the board about the audit report, which discussed the township funds. Clerk Christina Davis spoke about the upcoming election, sharing that 209 absentee ballots had been sent out so far, with about 15 having been returned already. Davis also mentioned that a $1,500 grant had been given for election security, so a new filing cabinet had been purchased for the election.

Treasurer Kevin Young stated the treasury balance to be $678,411.83 at the end of September. The Zoning Administrator report included 2 permits that had been issued in the past month. The Building Inspector report mentioned that Cloudpermit is being used, and permits can now be filled out online. The Cemetery Board shared that the water would be shut off at the cemetery soon. The Fire Department Board for Pokagon had five calls in the past month including two medical assists, one car accident, one dump truck that was on fire, and one illegal burn. The Fire Department Board for Indian Lake had seven calls, two of which were in Pokagon.

The Zoning Board of Appeals and the Planning Commission had no updates to report. The Pride Care Ambulance reported seven Priority 1 calls, and twelve Priority 2 calls, totaling 19 total calls. Lastly, the board approved the audit presented by Kruggel Lawton. The next Pokagon Township board meeting will be on Nov. 9.