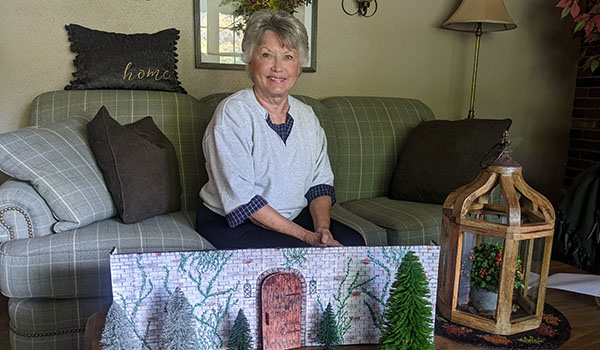 NILES — A local scholarship organization is gearing up for another year of timeless memories.

The Miss Niles Scholarship Pageant is hosting its kickoff event at 6 p.m. Wednesday, Oct. 19 at the Niles District Library. Applications will be accepted thru Wednesday, Oct. 26. In addition to the Miss Niles crown, there are also pageant contests for different age groups as well as a contest for Mr. Niles.

Bradfield returns for her second year as chairwoman of the Miss Niles Scholarship Pageant and hopes to build off last year’s success with the 2023 show taking place Saturday, Jan. 7, 2023, at Niles High School. The theme of this year’s pageant is “The Enchanted Garden.”

Bradfield was inspired to pursue the theme after discovering that reigning Paul Pirri, 2022 Mr. Niles, is a ballroom dancer.

“I’ve never seen it done,” she said. “In all the dances I’ve ever seen at Blossomtime, I’ve never seen anything like that, which is right up my alley because I like different. We’re really excited about it. I see a lot of potential.”

According to Bradfield, last year’s pageant, which featured the Ready Theater in its theme, is still fresh in everyone’s mind.

“They’re still talking about last year,” she said. “The stage was fabulous. You’re building this off site but when you get it there and you put it together and you see the vision for the first time, you’re like ‘this is it’. It was better than I thought it was going to be.”

Crowned Miss Niles 1968, Bradfield returned to the pageant scene last year aiming to rekindle the flame of the Miss Niles Pageant as chairwoman of its scholarship organization.

After the success of last year’s pageant, Bradfield encourages boys and girls to sign up for the pageant.

“I’m looking forward to this year,” she said. “I think it’s going to be great.”

Readers interested in signing up can do so here.