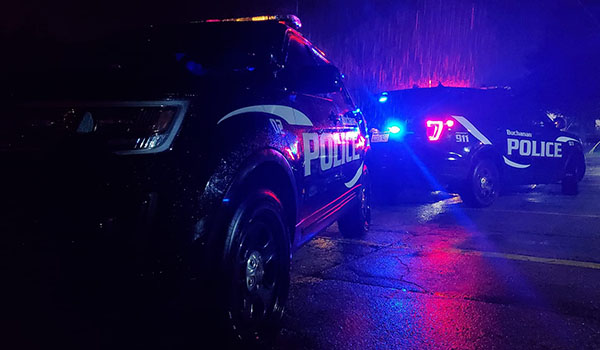 BUCHANAN — Help is on the way for the Buchanan Police Department.

The Buchanan Board of Commissioners voted to approve the request of adding an additional officer to the Buchanan Police Department.

The cost of an officer’s salary is approximately $70,000, according to Police Chief Harvey Burnett. City Manager Heather Grace said the city will be able to pay the first two years of the new officer’s salary using funds from the COPS grant. COPS grant funding assists local police agencies across the country in hiring additional sworn officers. The city also plans to use funds generated from marijuana permits to pay for the new officer once the grant funding ends.

“We’re excited about at least for now being able to hire a new officer to help with providing some support to our schools and some support for the city,” Burnett said.

Chief Burnett and Public Safety Director Tim Ganus attended Monday’s meeting. The duo told the board an additional officer as well as a permanent SRO are needed due to a high volume of calls in the city. Burnett, who also serves as President of Buchanan Community Schools, said the district has been dealing with a number of issues this school year, including threats.

“With the recent events that have happened over the last five weeks, my officers have spent more than 100 hours in school investigations,” he said. “Officers had to interview 30, 40 students, which took them away from the road,” Burnett said.

According to Burnett, the lack of officers in the city and a SRO in schools not only leaves existing officers overworked, but leads to long response times on calls and creates dangerous situations where officers can be left without backup. Ganus added that the department is approximately more than 300 calls ahead of last year.

Ganus said. “It’s really tough because our officers are starting to feel overwhelmed because we ask a lot of them and I think that we have the community stuff that we have not wanted to give up. We also know that something’s got to give somewhere.”