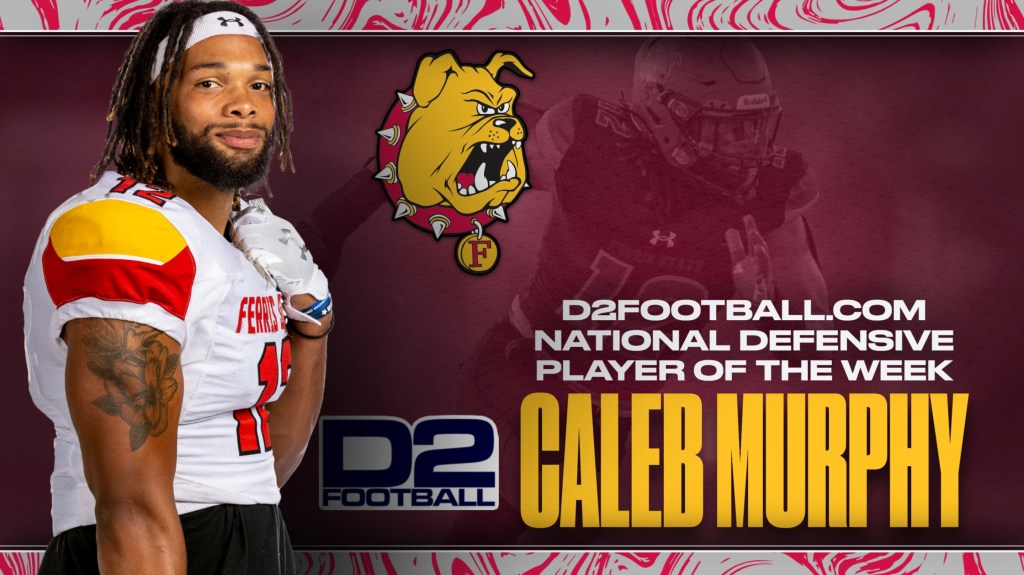 Murphy, of Dowagiac, claimed the honor for week six by the nation’s leading source of Division II football after previously being chosen earlier this week as the Great Lakes Intercollegiate Athletic Conference Defensive Player of the Week for the third time this year.

This week also marks the second time this campaign in which Murphy has claimed a National Defensive Player of the Week honor.

Murphy had another huge day in helping the top-ranked Bulldogs rally for a dramatic 33-28 road win over Saginaw Valley State in FSU’s league opener on Saturday in University Center.

In the victory, Murphy netted three sacks for a loss of 23 yards and a game-high five tackles for loss resulting in minus 25 yards for the game. He also added six total tackles, including four solo hits, while helping the Bulldog defense limit SVSU to 247 yards of total offense and only 52 yards rushing on 41 tries.

The Bulldogs held the Cardinals off the scoreboard for nearly the final 27 minutes in the comeback win and SVSU did not pick up a first down after its early second half score.

Murphy currently leads the country in sacks and tackles for loss this year.

The top-ranked Bulldogs will host archrival and second-ranked Grand Valley State in the Anchor-Bone Classic on Saturday (Oct. 15) at Top Taggart Field. Kickoff is set for 1 p.m. (ET).

Tickets for Saturday’s game can be purchased in advance online at FerrisStateBulldogs.com/Tickets.