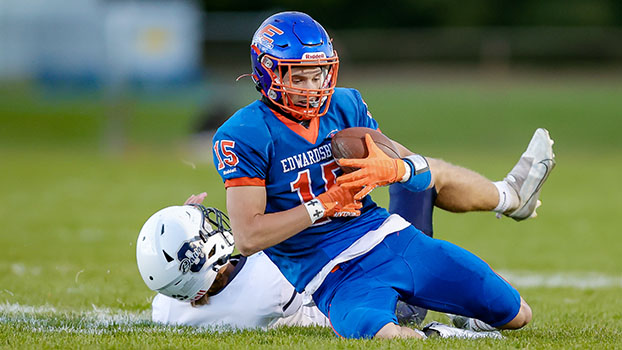 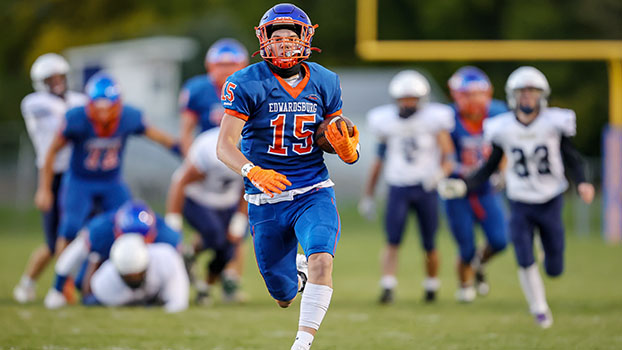 Brett Allen (15) of Edwardsburg takes it to the house on the Eddies first offensive play against Otsego. (Leader photo/JEFF DOUGLAS) 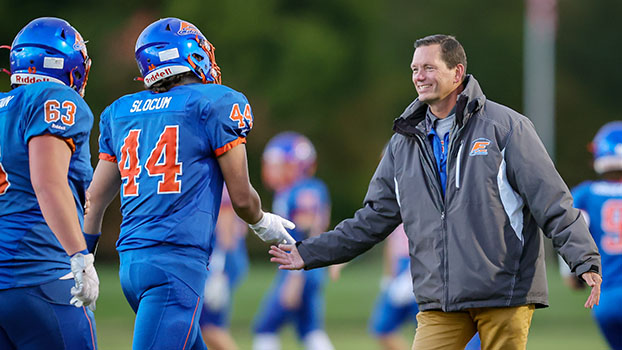 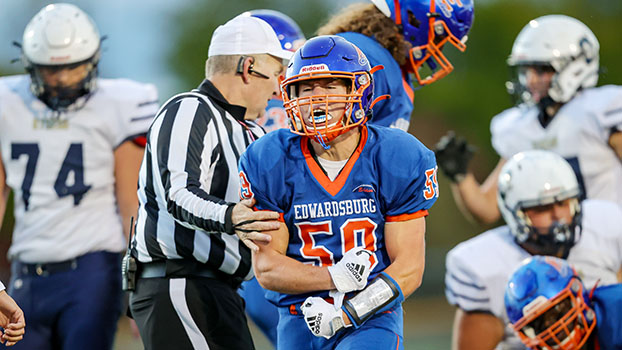 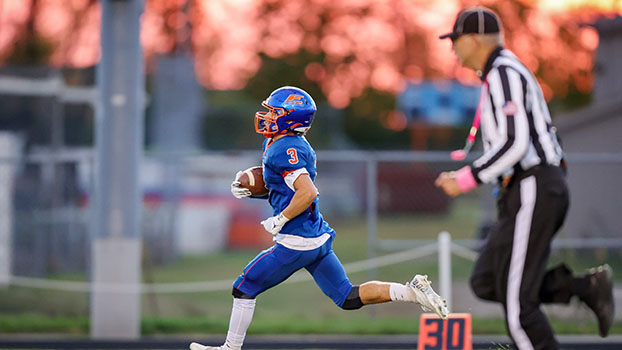 Edwardsburg's Andrew Colvin (3) walks into the end zone after a big play in the first half of the Eddies’ 56-0 win over the Bulldogs. (Leader photo/JEFF DOUGLAS) 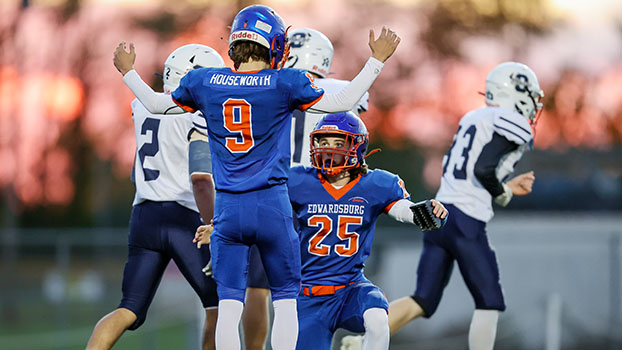 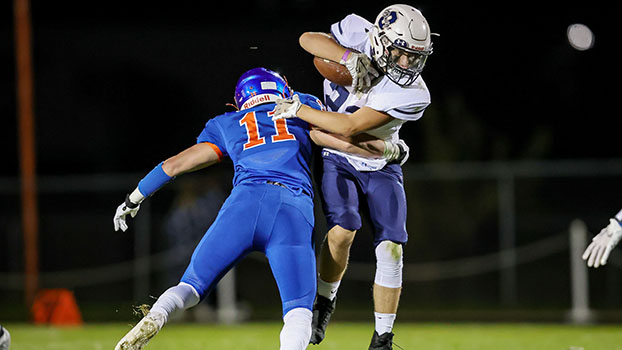 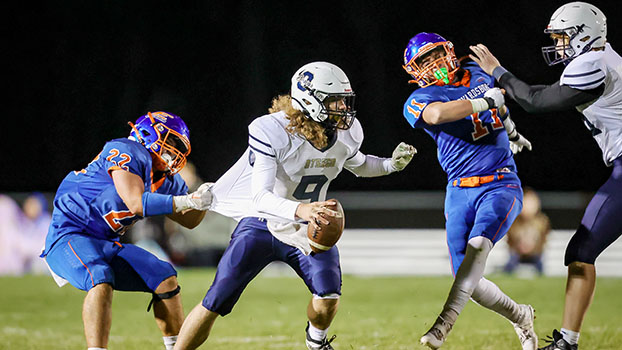 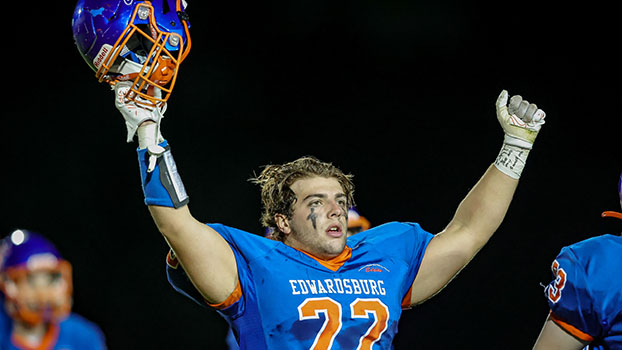 EDWARDSBURG — In front of a packed homecoming crowd at Leo Hoffman Field, senior Brett Allen and the Edwardsburg Eddies rolled to an easy 56-0 win over the visiting Otsego Bulldogs in Wolverine Conference action Friday night.

Building on his four-touchdown performance last Friday night against Paw Paw, Allen caught a touchdown, ran for another, and intercepted two passes to help keep the Bulldogs winless at 0-7.

Allen did all his damage in the first half. He picked off a Jack Holmes pass attempt on the first drive of the game and ran it 48 yards to the house on the ensuing offensive possession. In the second quarter, he did the same thing when he caught Brendan Madison’s 6-yard pass to give the Eddies a 28-0 lead at halftime.

“We were definitely the favorites coming into this game,” Allen said. “The atmosphere was great, and everyone was pumped up. We needed a win like this.”

“He [Allen] bring that dimension to offense and defense,” said Edwardsburg Head Coach Kevin Bartz. “With him coming back from injury, we are almost completely healthy and should have everyone back for next week.”

Andrew Colvin and Brenden Seabolt added touchdown rushes of 69 and 5 yards, respectively in the first half.

The biggest injury for the Eddies this season was to quarterback Zach Bartz. He suffered a broken leg in the offseason and hit the field for the first time Friday night. It didn’t take him long to get on the scoresheet. His 1-yard rush right after halftime pretty much sealed Otsego’s fate.

“It’s great to have him back,” Allen said. “He adds that value at quarterback and allows us to have another defensive back as well.”

“We came in this week with keeping things simple,” Bartz said about his team’s performance. “With homecoming, we wanted to keep them focused and the game couldn’t have gone any better. We were able to stop them [Otsego] on every possession, and we scored on every possession, as well as getting everyone on the field to keep our starters fresh for next week.”

“We have been taking it one week at a time,” Bartz said about the upcoming Chelsea matchup. “We haven’t been able to play a great game yet because of the injuries and we are still searching to find out who we are. A state champion and quality team like this will tell us.”