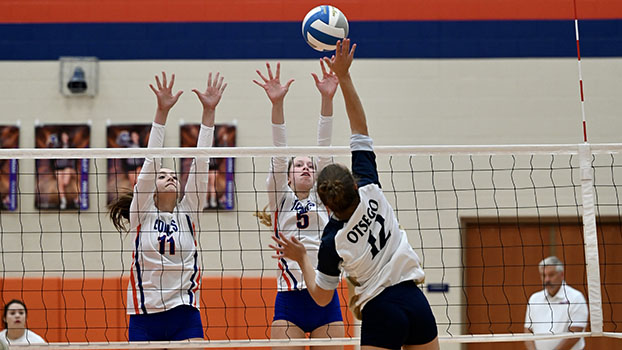 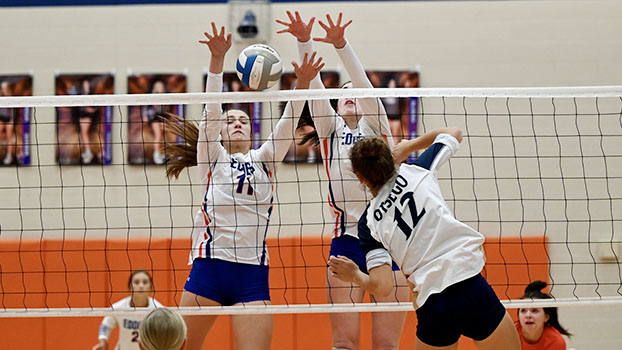 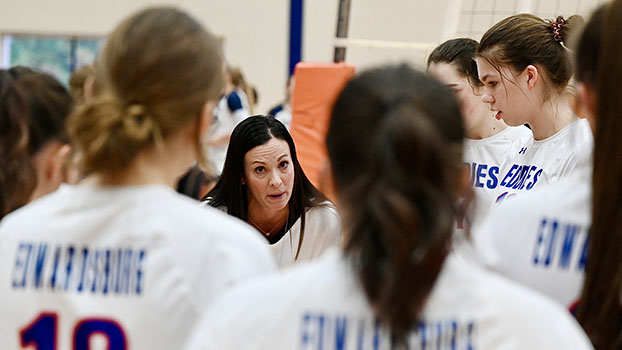 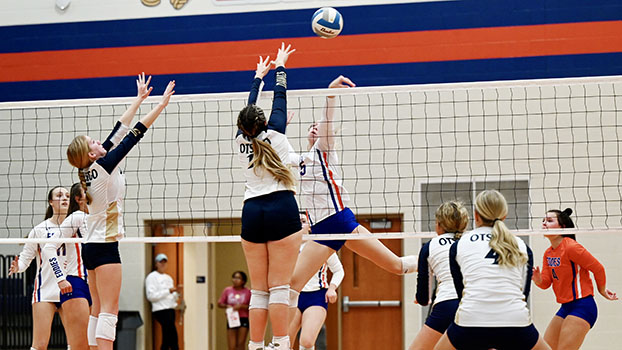 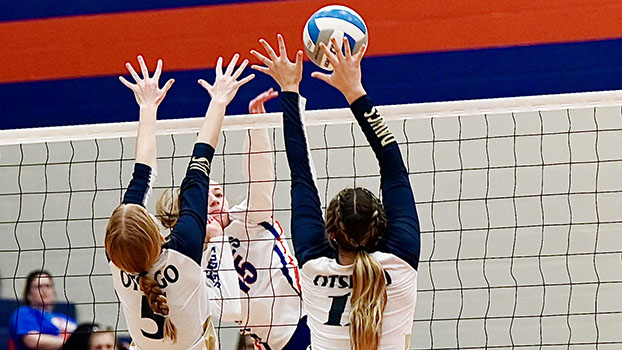 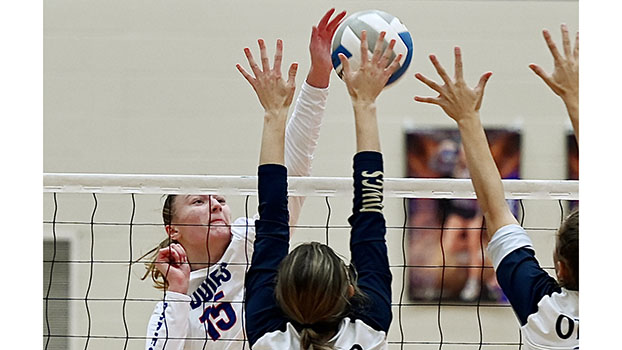 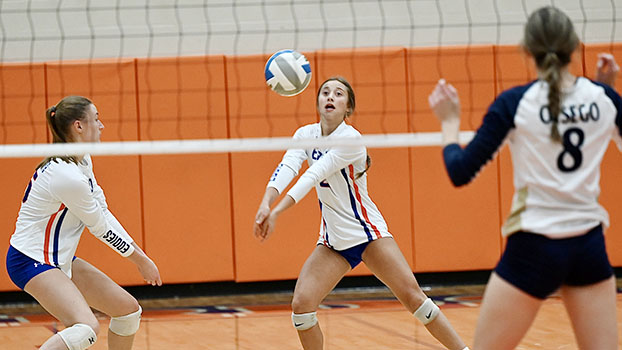 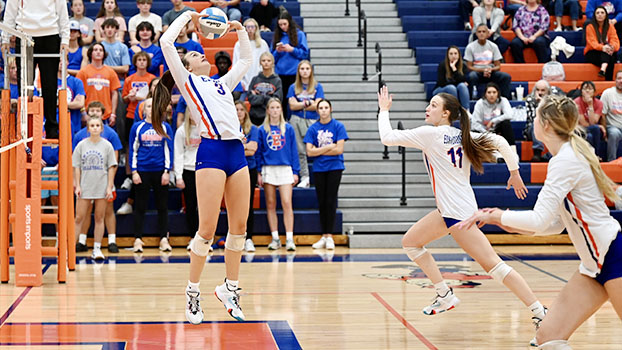 Heading into conference play, Edwardsburg, Niles and Sturgis were tied for the top spot at 4-1, while Otsego was 3-1 and Three Rivers 3-2.

The Eddies and Vikings were both winners Thursday as they swept Otsego and Paw Paw, respectively, while the Wildcats knocked off Sturgis in a five-set thriller.

That leaves the Vikings and Eddies tied atop the Wolverine Conference standings at 5-1, while Sturgis and Three Rivers are tied for third at 4-2. Otsego drops to fifth with a 3-2 records.

The Eddies again were dominant up front with Drew Glaser, Sarah Pippin, Nisa Shier and Liz Peterson combining for 40 kills and four blocks. Pippin led Edwardsburg with 13 kills, while Glaser had 12, Shier nine and Pederson six. Pederson and Ella Armock both finished with two blocks. 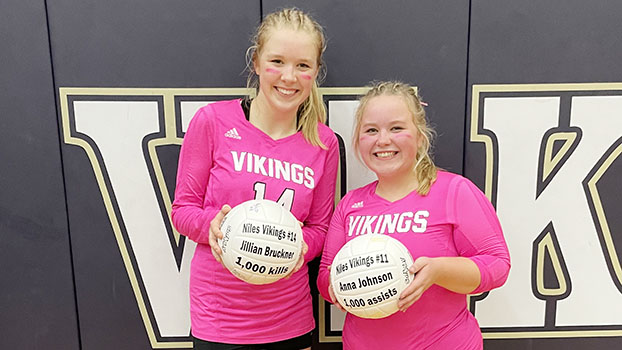 Niles seniors Jillian Bruckner (left) and Anna Johnson were honored prior to the match Thursday for reaching 1,000 kills and 1,000 assists, respectively. (Submitted photo

“Tonight was a total team effort,” said Niles Coach Samantha Zimmerman. “Everyone played their role perfectly and everyone contributed to tonight’s win. We had a great home crowd tonight for our pink night to honor breast cancer awareness. We also celebrated Jillian Bruckner’s 1,000 career kills before the game [1,147 after tonight] and Anna Johnson made her 1,000th career assist in the first 7 points of the match tonight.”

Zimmerman was pleased with how her team stayed focused on defeating Paw Paw, celebrating their teammates, and working to help raise money for a great cause.

“We played very clean volleyball tonight and executed great team chemistry in front of our home crowd,” she said. “We now have a week off to prepare for our last conference match against Otsego next Thursday, where we will battle for first place in the conference.”