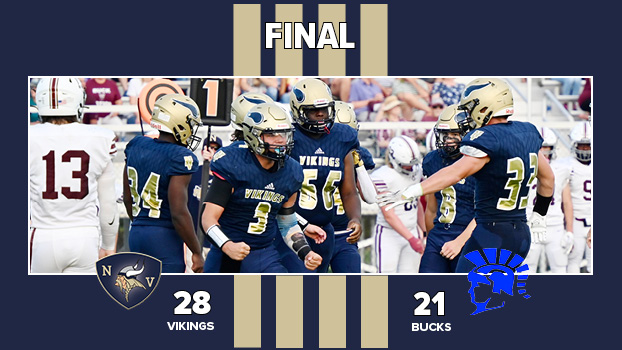 PLAINWELL — Quarterback Talon Brawley scored on a 3-yard run in overtime to give visiting Niles a 28-21 Wolverine Conference win over host Plainwell in overtime Friday night.

The win snapped the Vikings’ three-game losing streak as they improved to 2-4 overall and 1-3 in conference games.

It was a back and forth affair Friday night in Plainwell as the Trojans struck first in the second quarter to make it 7-0 at halftime.

Niles rebounded with a pair of touchdowns in the third quarter to take a 14-7 lead on the Trojans.

Brawley scored on a 21-yard run, while Kaden Garrod added a 1-yard run. Carlos Habenicht was good on both extra-point kicks.

The Vikings took a 21-7 lead into the fourth quarter.

Plainwell scored first in the final quarter of regulation on a 39-yard touchdown pass to pull within a touchdown at 21-14.

The Vikings’ Brawley scored on a 13-yard run to extend Niles’ advantage back to two touchdowns with 6:45 remaining in regulation. The Trojans, however, would not go away

Short touchdown run with 1:02 remaining in regulation tied the score at 21-21 and sent the game into overtime.

Niles outgained Plainwell 356-320 in total offense. The Vikings rushed for 314 of those yards, led by Brawley and Paul Hess, who both finished with 93 yards. Julian Means-Flewellen added 59 yards and Garrod 55 yards.

Brawley was 1-of-4 passing for 42 yards. Jaden Ivery caught the pass for the Vikings.

Alex Cole had seven tackles in the game to lead Niles, which also got 5.5 tackles from Peyton Gordon and five tackles from Sam Rucker.Breyton Schultz had an interception for Niles.

The Vikings will host Paw Paw for its homecoming game Friday night. The game will be played at Dowagiac as the field renovation at Viking Stadium continues. 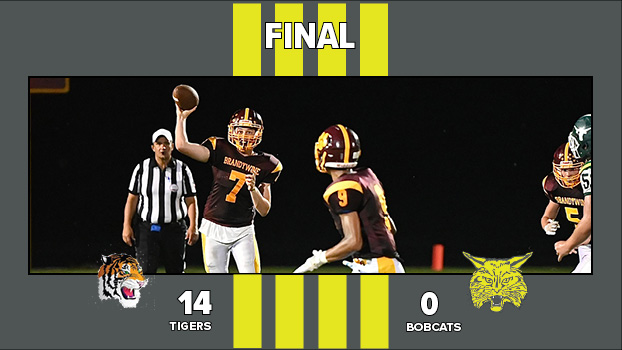 Host Benton Harbor scored a touchdown in each half while its defense pitched a shutout against Brandywine in a 14-0 Lakeland Conference victory over the Bobcats.

The win snapped Brandywine’s four-game winning streak. The Bobcats are now 4-2 overall and 1-1 in league contests. The Tigers improve to 3-3 and 1-1 in Lakeland Conference action.

Davionte Tasker scored on a 10-yard run in the second quarter as the Tigers took at 7-0 halftime lead following the Julius Watkins kick.

Javon Mason capped the scoring in the third quarter with a 6-yard run. Watkins’ kick was good again to make it 14-0.

Neither team was able to find the end zone in the final 12 minutes of play.

Benton Harbor finished the night with 370 yards of total offense compared to just 134 for the Bobcats. The Tigers had 243 yards rushing and 127 yards passing. All of Brandywine’s yardage came from the run.

Carter Sobecki had 51 yards rushing in 19 carries. Michael Palmer finished with 31 yards and seven rushes. Owen Hulett was 0-for-3 passing.

Brandywine will look to get back on the winning track Friday night as it hosts arch rival Buchanan, which will be looking to lock up a share of the Lakeland Conference title with a win.