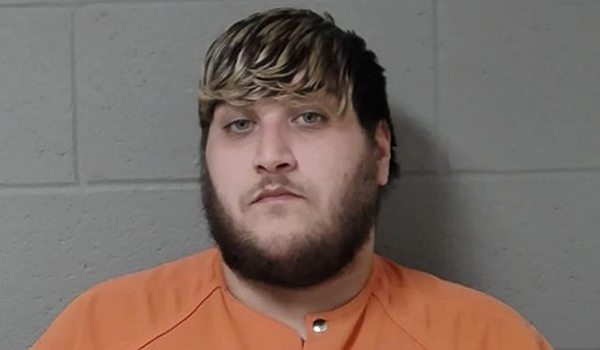 CASSOPOLIS — A Niles man who had a weapon in his car when police stopped him last year in Edwardsburg is going to prison. Dakota Kempton was one of four people sentenced Friday in Cass County Circuit Court.

Kempton, 28, of U.S. 12 in Niles, pleaded guilty to four charges: possession of methamphetamines, carrying a concealed weapon, use of a firearm in the commission of a felony and unlawful use of registration plates. He was sentenced to prison on the felony firearm charge and fines and costs on the other three.

The incident occurred June 11, 2021 on U.S. 12 near Lake Street in Edwardsburg. Police stopped him for improper plates and then found meth in his vehicle as well as the weapon and ammunition.

Cass County Prosecutor Victor Fitz said Kempton made a series of bad decisions which began with his long history of substance abuse. Fitz noted that Kempton began drinking alcohol at age 14 and using marijuana at age 17 before starting to use other drugs when he was 19.

“In this instance it was very serious as he had meth with him and had a gun in the car,” Fitz said. “Having a gun in the car is bad but with meth, we’re looking at an automatic two year prison sentence. Then he made another bad decision and didn’t accept a plea deal of a year in the county jail.”

Defense attorney Greg Feldman said his client didn’t accept the one year in jail plea deal because he didn’t think it was fair and unfortunately ended up with the mandatory two year prison sentence.

“I wish there was something I could say to alter the path of this case, it’s extremely unfortunate,” he said. “If there’s a poster child for someone who doesn’t deserve a two year sentence, it’s him.”

Kempton said he wish he could have gotten some sort of mental health and substance abuse help to find better ways to cope “instead of going to prison and learning bad habits.” “I’m trying to grow from this and make myself a better person,” he said.

Cass County Circuit Judge Mark Herman said he didn’t have any choice but to impose the sentence he did. “When I look at your record, you may have been better off doing something else but unfortunately I have no leeway in this case,” he said. “I am mandated by law to impose two years in prison on the felony firearm charge.”

“This is harsh in your case as your past record is misdemeanors,” the judge added. “You do mention learning bad habits in prison, you can make the decision not to do that and address your issues when you get out.”