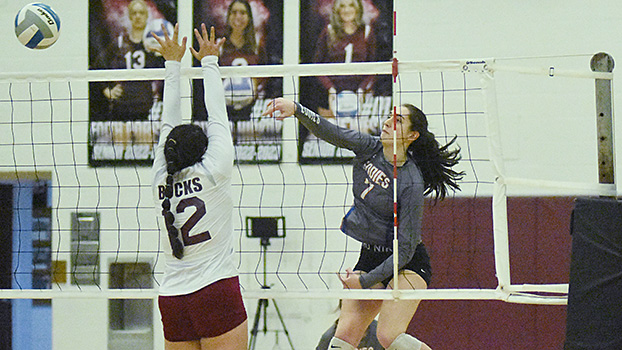 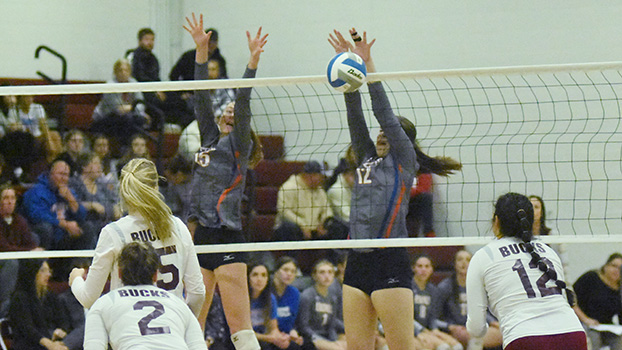 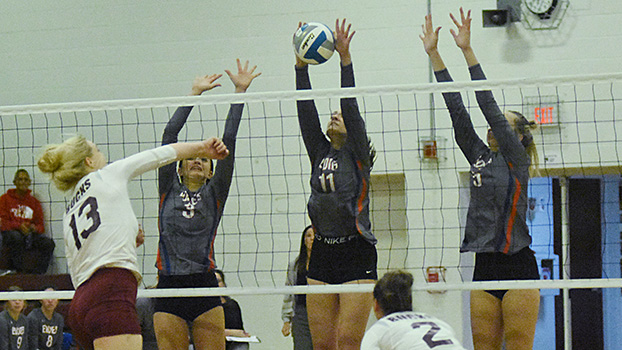 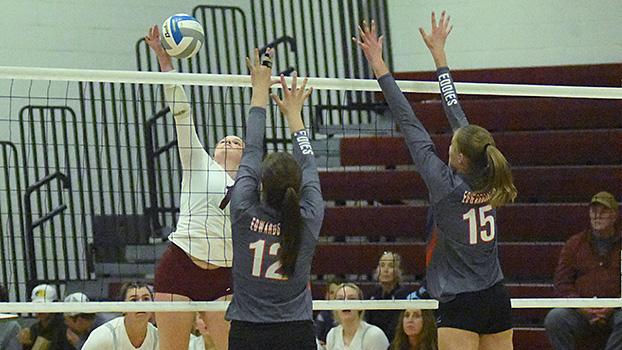 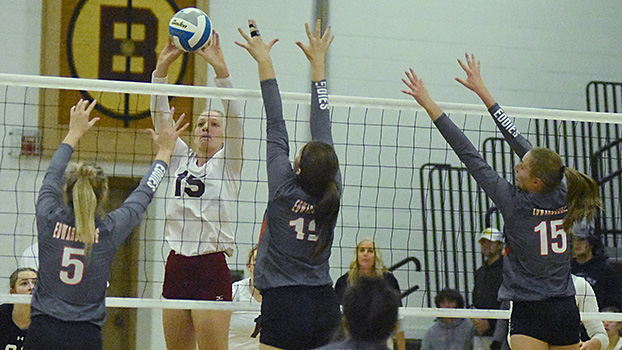 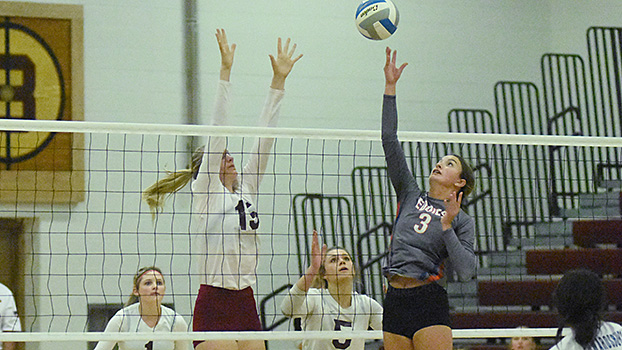 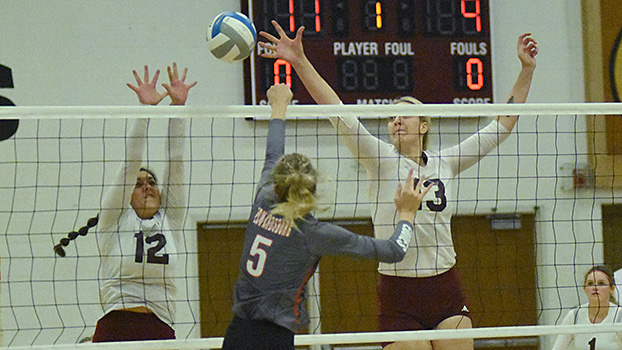 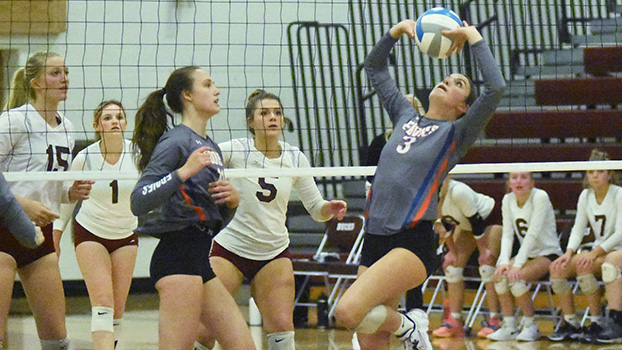 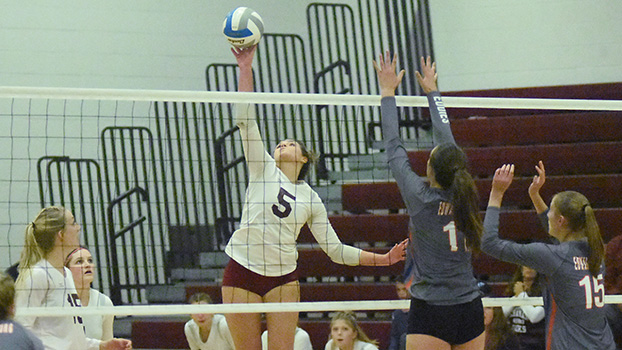 BUCHANAN — The battle between two of the area’s top volleyball teams turned into a lopsided affair at Buchanan High School Monday night.

Host Buchanan defeated Edwardsburg 3-1 in a match that featured plenty of powerful hitters on both sides of the ball.

The two teams went back-and-forth in the first set with Buchanan holding off an Edwardsburg rally to earn the victory.

It appeared that the Eddies had seized the momentum in the second set as they built a big lead over the Bucks and cruised home with the win to square the match at 1-1. Buchanan flipped the script and the score in the third set as it reclaimed the momentum, which it road to winning the fourth and final set decisively.

Faith Cason, Josie West and Chloe Aalfs came up big at the net as they had 15, 13 and 12 kills, respectively. Carson and Aalfs also combined for 10 blocks, while West had seven digs. Alyvia Hickok ended the match with 48 assists.

Liz Pederson, Nisa Shier and Sarah Pippin played well at the net for the Eddies with a combined 28 kills. Ava Meek led Edwardsburg with 14 digs and Lexi Schimpa led the Eddies with 29 assists.

For more on this match, pick up the print edition of the Niles Daily Star/Edwardsburg Argus on Saturday.

Ryli Burks had six kills and 11 assists for Cassopolis, which also got five kills and four digs from Katarline Peipman. Alexis Millirans led the Rangers with 13 digs. Ella Smith had a team-high three blocks, while Tori Kurks had 11 assists and four aces. She also served eight straight points to help Cassopolis to the sweep of the Chiefs.