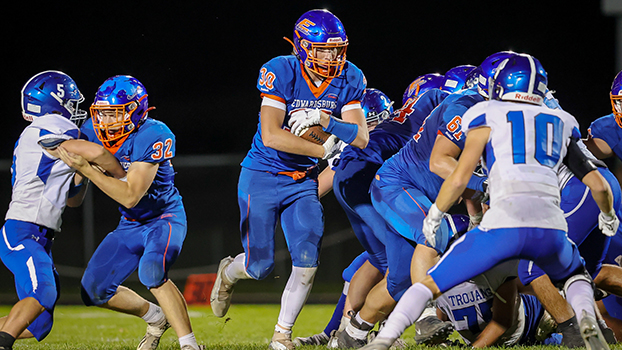 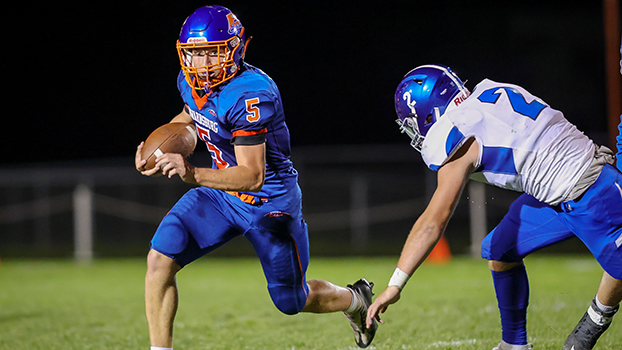 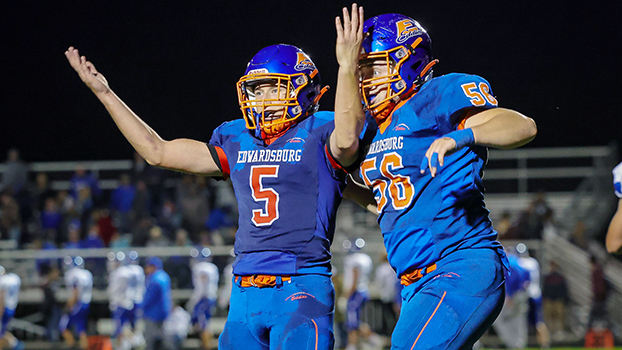 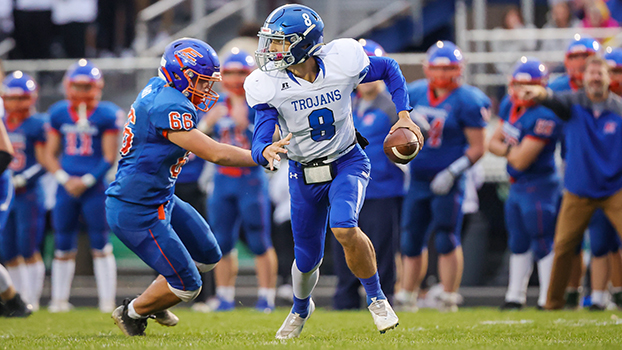 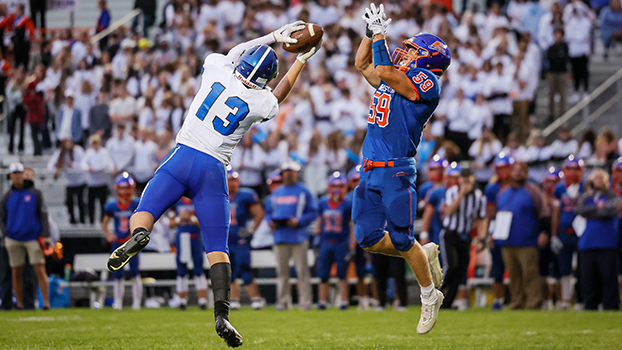 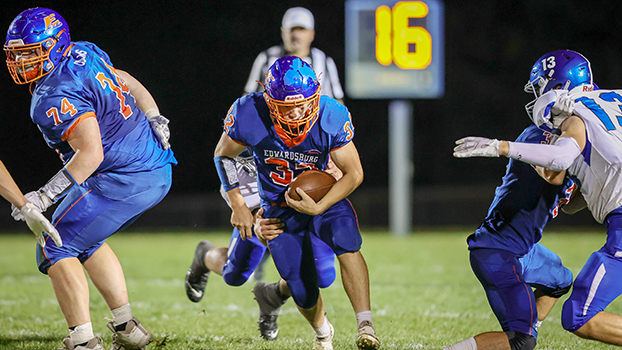 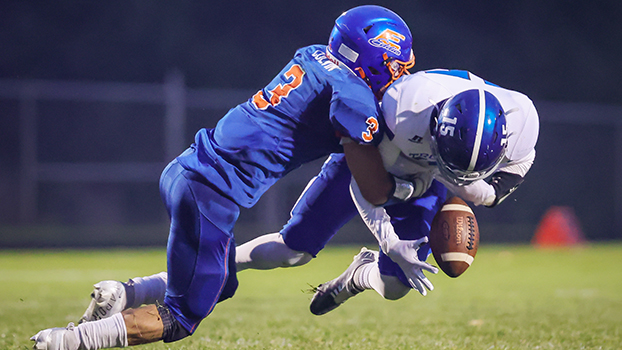 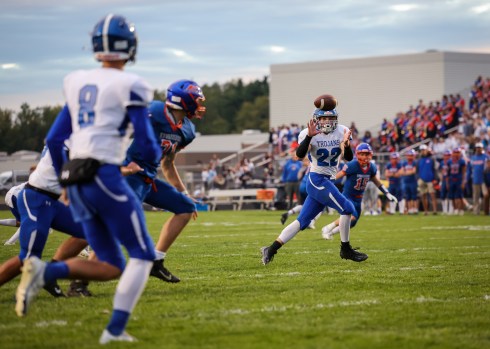 EDWARDSBURG — Former United States President Theodore Roosevelt said “nothing in the world is worth having or worth doing unless it means effort, pain, difficulty…”

The Edwardsburg football team is the living example of that.

The Eddies, who have dominated most of their opponents during their 39-game Wolverine Conference winning streak, have had to work for nearly every one of its four victories this season. 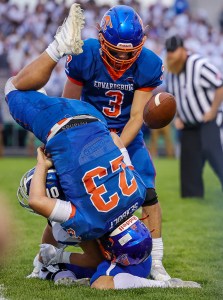 Friday night was no exception as Edwardsburg had to rally from a 21-6 halftime deficit by scoring the game’s final 19 points to pull out a 25-21 win over visiting Plainwell at Leo Hoffman Field Friday night.

Edwardsburg (4-1, 4-0 Wolverine) trailed throughout the contest until Brenden Seabolt scored on a 1-yard run with 5:39 remaining in the contest to put the Eddies out in front. The previous week against Vicksburg, Carter Houseworth had to kick a 42-yard game-winning field goal in the finals seconds to keep the streak alive.

Plainwell jumped out to a 14-0 lead with 9:54 remaining in the opening half as Ryan Koob threw a pair of touchdown passes — 27 and 11 yards.

Andrew Colvin got Edwardsburg on the board with 6:33 to play in the second quarter on a 24-yard run, but the conversion attempt failed, leaving the Eddies trailing 14-6.

Plainwell was not done as the Trojans tossed another touchdown pass to make it 21-6 heading into the locker rooms at the intermission.

The Edwardsburg comeback began in the third quarter when Seabolt scored on a 15-yard run to make it 21-12 after the conversion again failed.

Colvin would score his second touchdown of the night with 10:41 to play in the game on a 33-yard run. This time the Eddies tried to kick the extra points, but too failed, making it 21-18 and setting up another dramatic finish.

Edwardsburg finished the night with 381 yards in total offense, of which, 368 came on the ground. Plainwell had 240 yards of total offense.

Seabolt led the Eddies in rushing with 134 yards on 15 carries, while Colvin added 119 yards on 16 totes. Colvin also caught both of Brendan Madison’s passes for an additional 13 yards.

Blake Ludwick led Edwardsburg with 4.5 tackles. Brett Allen and Colvin both had 3.5 tackles. Allen also had an interception.

The Eddies hit the road Friday night as they travel to Paw Paw.