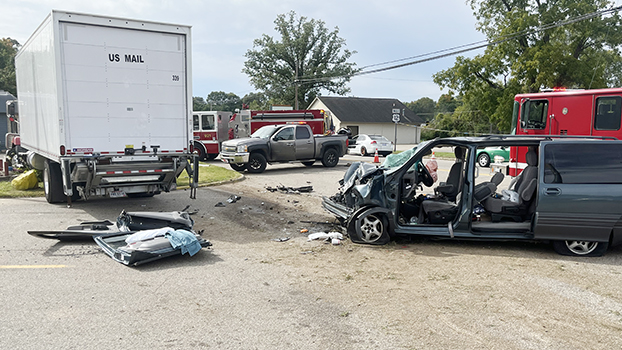 UNION — The Cass County Sheriff’s Office responded to a two-vehicle crash on Union Road south of US-12 at approximately 2:37 p.m. Thursday.

Initial investigation showed a van driven by Crystal Price, 45, of Kendallville, Indiana, was traveling west on US-12 when she had a medical emergency causing her vehicle to run off the roadway and jump a curb. The vehicle continued on Union Road, and collided into a box truck driven by Kwabena Marfo, 56, of Kalamazoo.

Price and her two passengers Annamae Davis, 25, of South Bend, and Denise McCall, 46, also of South Bend, were initially trapped inside of the vehicle and were extricated by emergency personnel. Price was air lifted by Air Care to South Bend Memorial Hospital for injuries sustained during the crash.