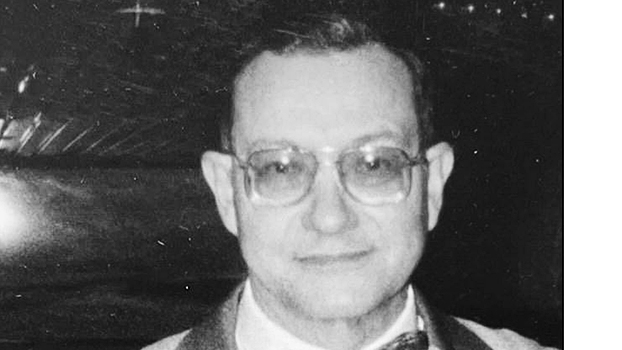 Melvin “Mel” Modest Monette, age 87, of Cassopolis, died peacefully Tuesday, Sept. 20, 2022. His life began April 2, 1935, the youngest of four children born to John and Emilia Monette. Mel graduated from Cassopolis High School in 1953, attended Michigan State University and graduated cum laude, receiving his Bachelor and Master degrees. He was a member of Phi Alpha Theta (National Collegiate History Honor Society) and Phi Kappa Phi (National Collegiate Honor Society). He took graduate classes at Notre Dame University and Southwestern Michigan College where he later taught night classes.
Mel was employed by Brandywine Public School System from 1958 until his retirement in 1991. He taught many subjects during his career – Mathematics, Science, World and U.S. History, and Government and served as Head of the Social Science Department for several years. He was also Head of the Driver Education Department, a program he began in his first year at Brandywine. He was a driving instructor for 30 years.
Mel filled many roles outside the classroom. He served as President of the Brandywine District Teachers Association in his second year at the school. He served some time as Assistant Principal and sponsored The National Honor Society from its inception in the system until his retirement. He also sponsored The Close Up Program, that encouraged the study of national government in action. Mel escorted several groups of students to Washington D.C. where first hand observation and participation in government programs took place. He was also Senior Class sponsor for several years.
Mel was an active supporter of various athletic programs, serving, at one time, in the position of Games Manager. He was public address announcer for basketball and football games for almost thirty years taking pride in the title he eventually received — “The Voice of Brandywine.” Mel also worked at numerous other sporting events, such as wrestling and volleyball, serving as timekeeper and other positions.
Mel was a past member of the Niles Lions Club. He was a long-time member and usher of St. Mary’s Catholic Church in Niles and a member of the Knights of Columbus. Following his retirement and move back to Cassopolis he became a member of Our Lady of the Lake parish in Edwardsburg.
Mel enjoyed professional and college sports. He was a fan of Michigan State and Notre Dame and also followed the Chicago Cubs and Bears. He served as an usher at Notre Dame football games for over twenty years. He enjoyed bowling for several years as a member of various senior league teams.
Subsequent to his retirement Mel traveled a great deal. He enjoyed time at the movies and going on trips to the casino. He was an avid reader of both fiction and nonfiction and especially enjoyed reading historical works. Mel enjoyed working with his computer and had a hobby making video recordings. He enjoyed music, especially of the era from the ’40s to the ’80s.
Mel was blessed with many wonderful neighbors and friends, among them were the late Morris Hayden, Debbie and Tony Troche, the Ken Focht family, Rudy Stevenson and Carla, the Brancaleon family, and late Warran Marazita and family, Chet Bonine and several other high school classmates. Mel felt blessed by having many students who later became personal friends over the years.
Mel had a very close and dear friend, Beverly Garwood, who was his special companion for many years. He also expressed special thanks to Teena Brancaleon whom he counted on and who was so helpful to him in so many ways. Mel loved his pets, especially his dogs, many of which had unique names, such as Midtarish, Shy Babe, etc.
Mel is also survived by several nieces and nephews. Mel was preceded in death by his parents; two sisters, Ileane Green, Dolores Bellgowan; one brother, Edmund Monette; and numerous nieces and nephews.
Family and friends will gather Friday, Sept. 30, 2022, from 10 a.m. until time of the funeral Mass at 11 a.m. in St. Ann Catholic Church, 421 North Broadway Street, Cassopolis. Mel will be laid to rest in Calvary Cemetery in Niles, Michigan.
Arrangements have been entrusted to Wagner Family Funerals Connelly Chapel, Cassopolis. Please share a memory or a message online: wagnercares.com.