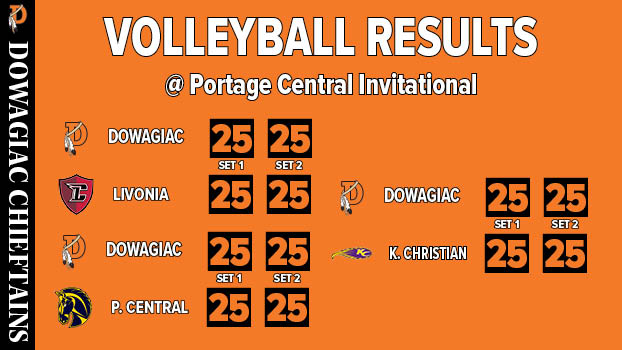 Todd added that her team also needs to learn how to play hard until the end.

“When we are ahead of a team by six points or so, we need to work on keeping that lead nad finishing the set,” she said. “The girls worked hard and now it is time for us to cut back on the unforced errors and find a go-to hitter to put the ball away.”

Caleigh Wimberley returned to the lineup after missing the Paw Paw match due to illness. She led had 11 kills, seven aces and 10 digs. Abbey Dobberstein led the Chieftains with 13 kills and 12 digs, while Maggie Weller finished with 10 kills, five aces, eight digs and a block.

Dowagiac returns to action Monday as it competes in the Bridgman Invitational. Play is set to begin at 4:30 p.m.