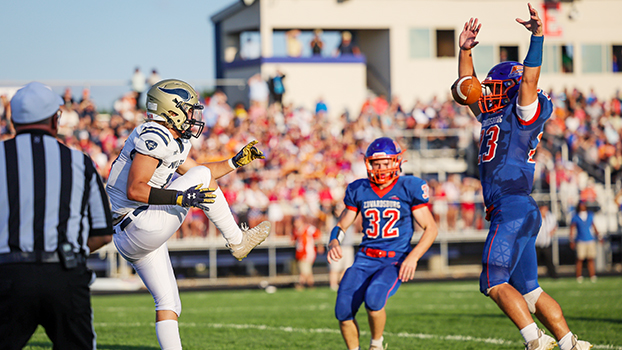 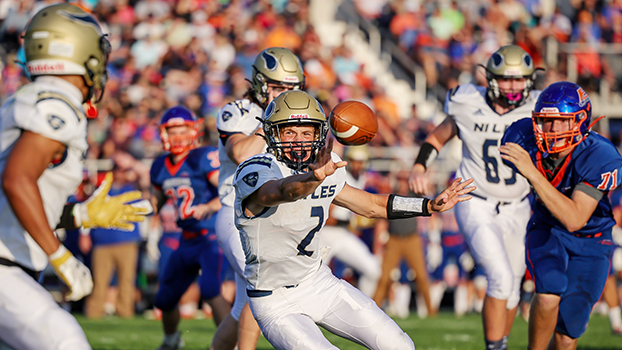 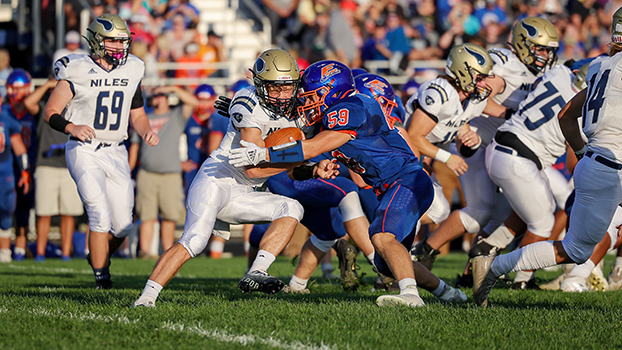 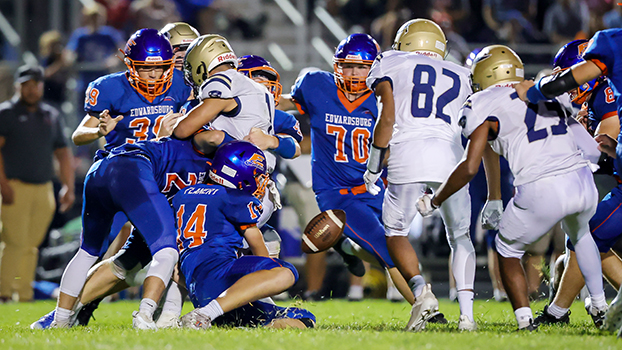 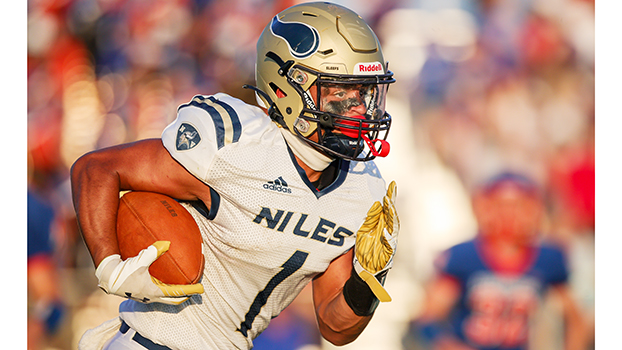 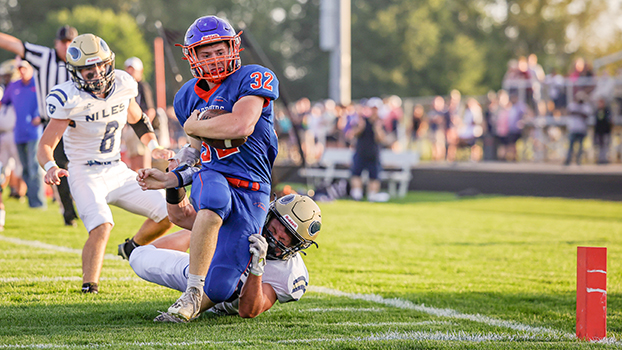 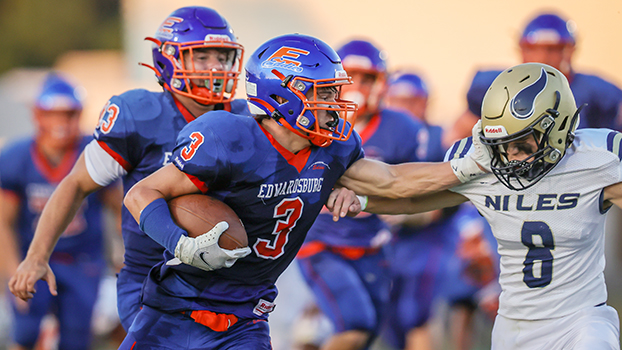 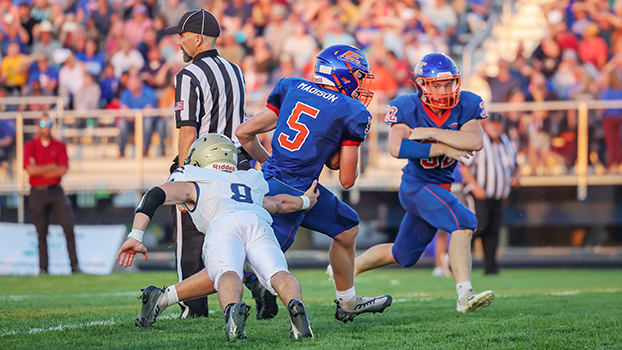 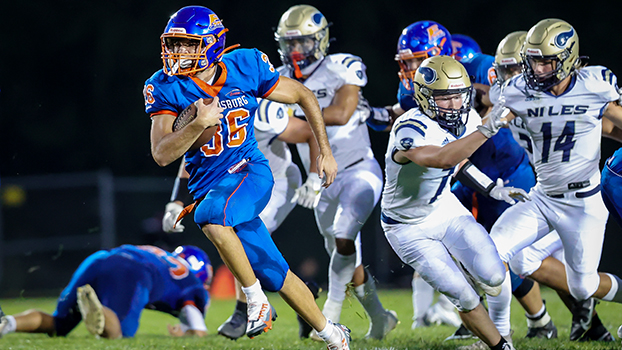 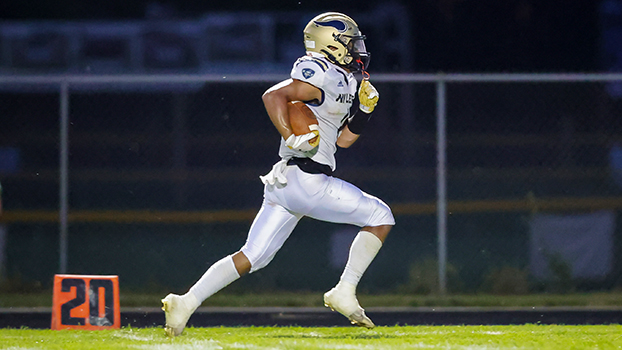 Penalties hurt Niles on its first offensive possession of the game, and it only got worse when Brenden Seabolt blocked a punt and recovered it in the end zone.

The defense continued the pressure on the next Vikings possession, causing two more penalties and forcing another punt.

“We talked about being physical and turning the ball over this week,” said Edwardsburg Head Coach Kevin Bartz. “We did all of those things, defensively getting the turnovers was the key tonight.”

Colton Strawderman scored the first of five offensive touchdowns for the Eddies to make the score 14-0 in the opening quarter.

Andrew Colvin forced the first of four Niles turnovers on the ensuing possession. He picked off a Talon Brawley pass after a 20-play, 12-minute drive that could have swung the momentum in the Vikings’ directions if they had capitalized. Instead, Brendan Madison called his own number from 17 yards out and the Eddies led 20-0 at halftime.

“If they [Niles] score there it’s a one-score game,” Bartz said.  “But we get in the interception, take control, and march down from there. I like the response we had throughout the game. We would get the turnovers and not allow the ball to go right back. The turnovers we created were converted into points.”

“The positive thing for us is that we kept it out of their [Edwardsburg’s] hands,” said Niles Head Coach Scot Shaw. “For as young as we are on the offensive line, I thought it was a great confidence booster. I felt we kicked them in the mouth a little bit that drive.”

Mikey Pryor wasted little time after halftime to increase the Eddies’ lead to 28-0. He finished with six rushes for 70 yards.

Niles would get a little bit of life on the next possession. Julian Means-Flewellen found a crease in the Edwardsburg defensive line and got the Vikings on the board from 54 yards out. He would finish with 10 rushes for 92 yards and the only Vikings touchdown.

“That score put us in striking distance,” Shaw said. “I think if we would have been able to come right back and get a stop then take it down for another score, if would be a different story. Not many people can stop Edwardsburg.”

Both teams will continue Wolverine Conference action Friday as Edwardsburg will travel to Vicksburg and Niles will host Three Rivers.