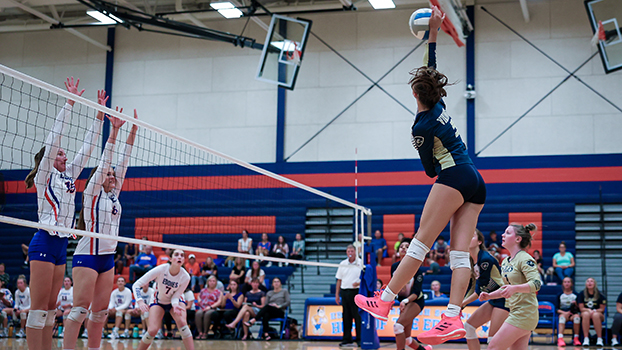 Bree Lake (5) of Niles with the hit against Edwardsburg Thursday. (Leader photo/JEFF DOUGLAS) 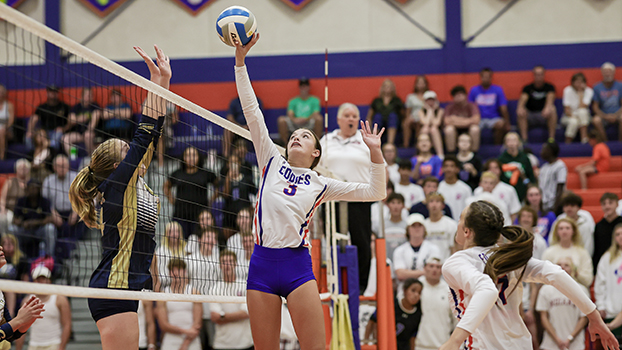 Edwardsburg junior Lexi Schimpa (3) with the tip against the Vikings in their Wolverine Conference match. (Leader photo/JEFF DOUGLAS) 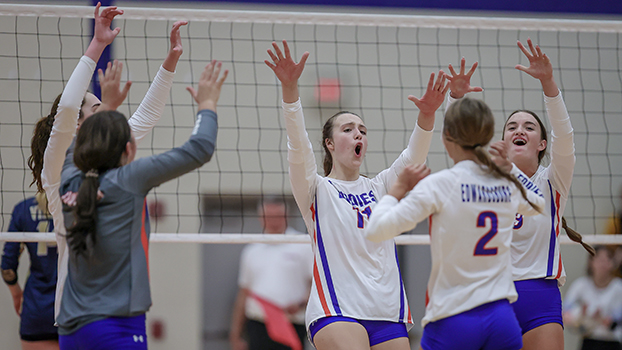 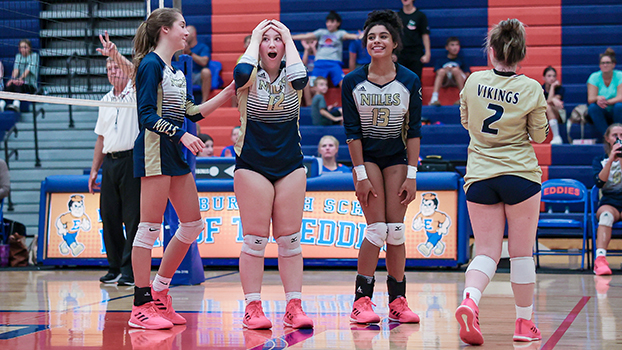 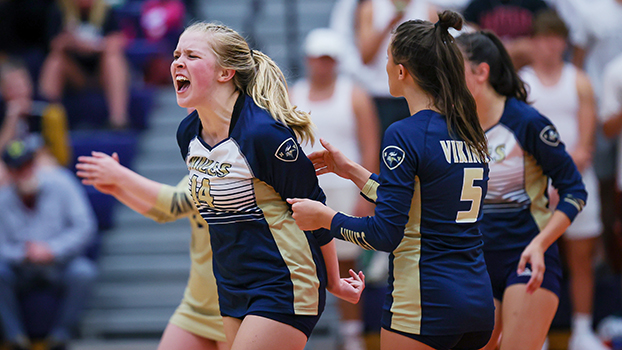 Jillian Bruckner (14) of Niles celebrates a point during the match with Edwardsburg. (Leader photo/JEFF DOUGLAS) 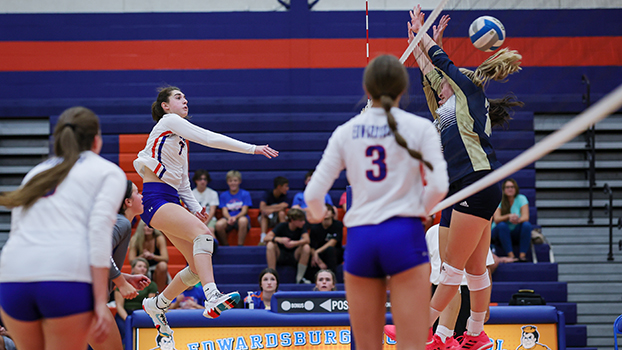 Edwardsburg freshman Sarah Pippim (7) with the killl against the Vikings. (Leader photo/JEFF DOUGLAS) 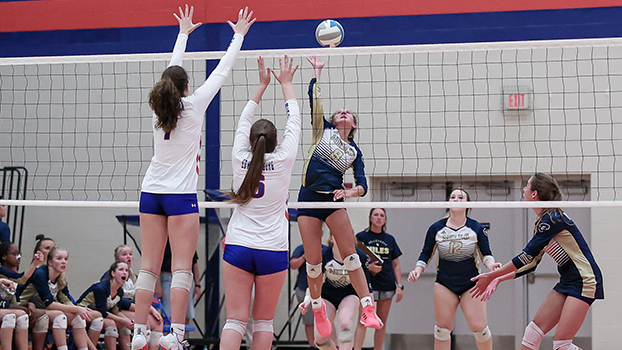 Niles outside hitter Nyla Hover (8) goes up for the spike. (Leader photo/JEFF DOUGLAS) 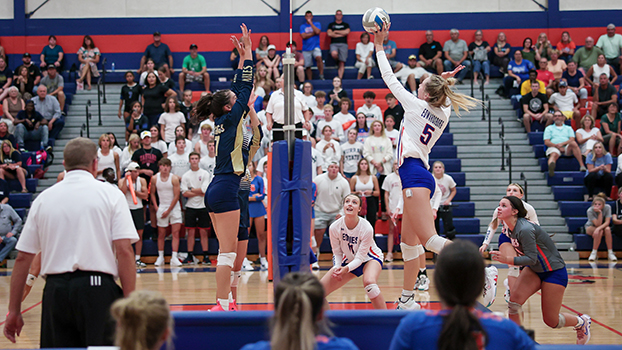 Edwardsburg's Nisa Shier (5) with the touch during the matchup with Niles at Edwardsburg High School in Edwardsburg, MI

EDWARDSBURG — Having already lost a Wolverine Conference match heading into Thursday’s contest against visiting Niles, Edwardsburg Coach Sarah Strefling knew her team could not afford another if it wanted to contend for the league championship.

Despite the Eddies’ slow start against the Vikings, Edwardsburg was able to pull out a 3-1 win over Niles, which left both teams at 1-1 on conference matches.

“The match started with us playing too tense, in my opinion, we fell to them 0-6,” Stefling said. “We had eight unforced errors within the first 18 pts. Once we settled in, and got some energy, we started playing like I have seen these kids play before.”

Sarah Pippin and Drew Glaser had huge nights at the net for Edwardsburg with 18 and 14 kills, respectively, to go along with a pair of blocks each. Glaser also had 14 digs.

“We had a couple hitters that struggled a bit, but the great part is a couple others stepped up,” Strefling said. “Setters were making good decisions and our defense was so much better compared to last week. Proud of these girls for fighting and winning a big match.”

Liz Pederson led the Eddies with seven blocks, which she also had four kills. Lexi Schimpa finished with 23 assists, three blocks and a pair of kills. Ava Meek led Edwardsburg with 23 digs.

Niles Coach Samantha Zimmerman was happy with the start the Vikings got, but said they coud not carry the momentum throughout the entire match.

“We came out strong tonight,” she said. “We started with high energy and executed perfectly. We played some our best volleyball in set 1. We didn’t get a good start in set 2, and couldn’t quite find our momentum again. We started to focus on the wrong things and stopped executing our game plan. As the night went on, we let mistakes get the best of us. We’re a young team and we have a lot to learn still.”

Zimmerman also gave credit to the Eddies for their effort.

“Edwardsburg has some big hitters, and in sets 3 and 4, we unfortunately couldn’t stop them like we did in the early sets,” she said. “We’ll refocus tomorrow at practice to prepare for a tournament at Battle Creek Lakeview on Saturday.”

The Eddies return to the court Saturday as they travel to Caledonia for a tournament.