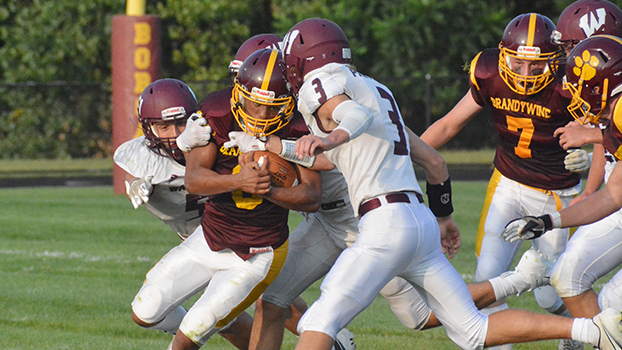 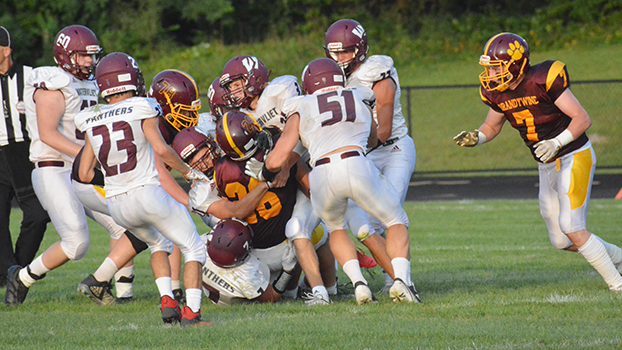 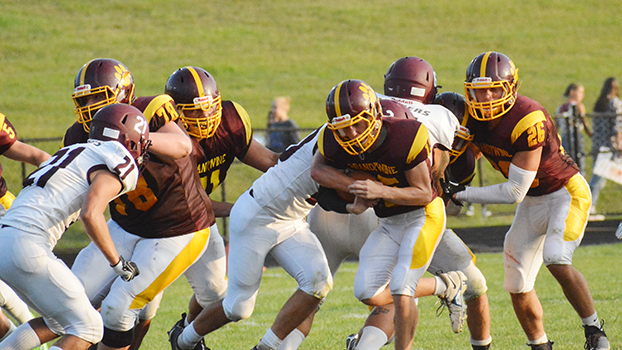 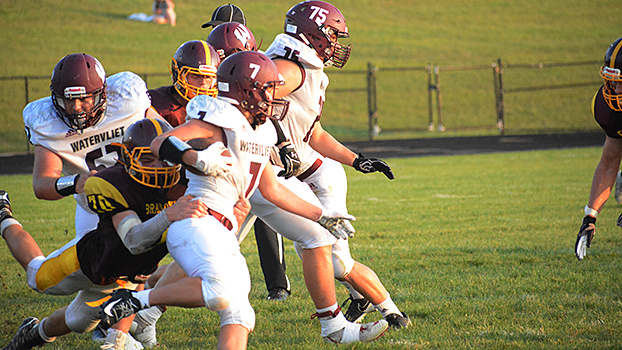 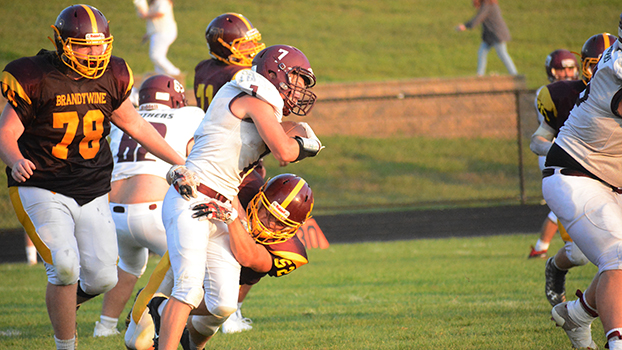 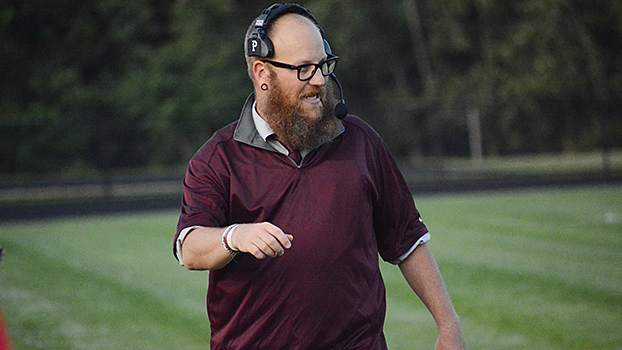 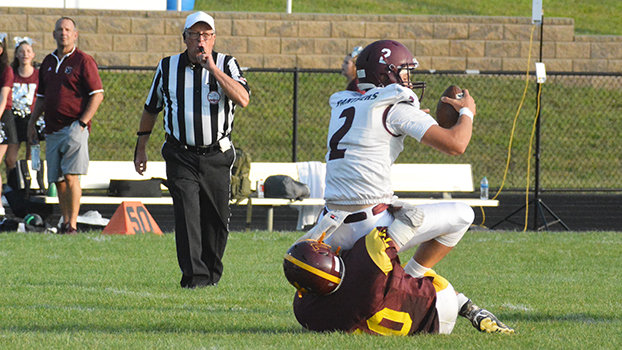 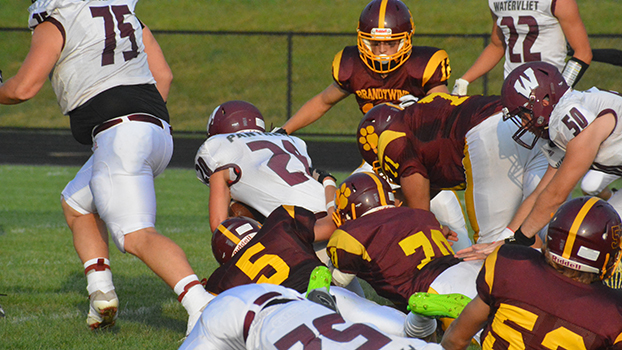 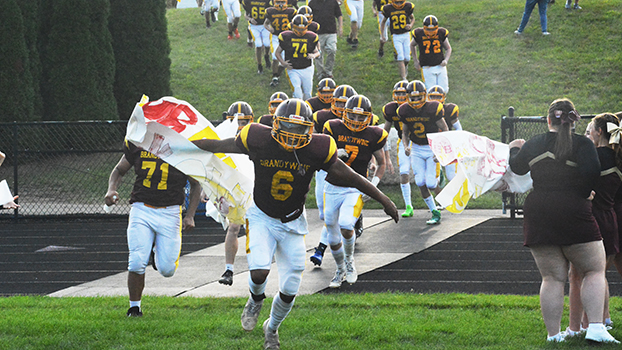 NILES — The Justin Kinzie era of Brandywine football did not start as planned against Watervliet Thursday night.

The host Bobcats battled injuries and struggled to move the ball in a 35-0 loss to the Panthers.

The injury bug struck the Bobcats in the opening moments of the game when Connor Dye — starting the game in place of injured junior Kevin Roberts (wrist) — left the game with a leg injury. Third-string quarterback Kaiden Rieth took most of the snaps for the Bobcats, with senior Michael Palmer lining up under center for select snaps to help generate offense.

“It’s tough to be on quarterback three before the first snap of the game, you know, starting quarterbacks down with a wrist injury, and I lose our second quarterback on the first snap. As a contingency in this offense we have three or four guys that are all ready to play quarterback, but there’s only so much practice time. So when we’re on QB3, our playbook gets real, real skinny.

“We were kind of making stuff up on the fly. I will say that some of those guys like (Rieth) and (Palmer) were absolute warriors.”

Brandywine tallied 208 yards of offense — all of which came from the ground game. Palmer had 115 yards on 17 carries and Carter Sobecki added 13 carries for 50 yards.

Rieth had 10 carries for 30 yards and was 0-for-6 passing with an interception. Kinzie was proud of the way he battled.

“He knew our four-base plays and all of a sudden it’s like, ‘hey man, you got to play quarterback,’” he said. “The kid executed, and I’m really happy about that.”

The Bobcats had a tough night against a Watervliet offense powered by quarterback Tyson Williams. The senior completed 9-of-14 passes for 167 yards and two passing touchdowns and added 51 yards and two touchdowns on 11 carries.

Carson Underwood led the Panthers with 59 yards on six carries. Wyatt Epple returned a Rieth interception 57 yards for a touchdown to finish scoring for the day.

While the results were not the desired outcome, Kinzie looks forward to turning the page and looking at next week’s matchup against Cassopolis.