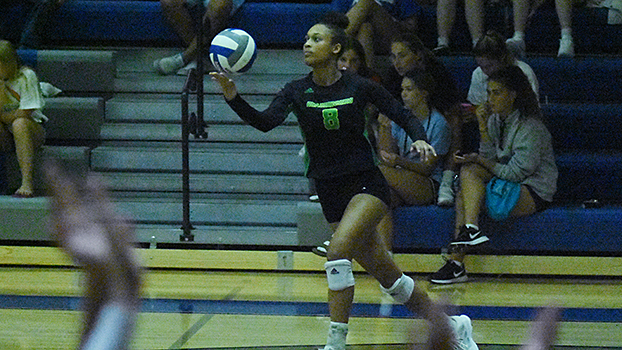 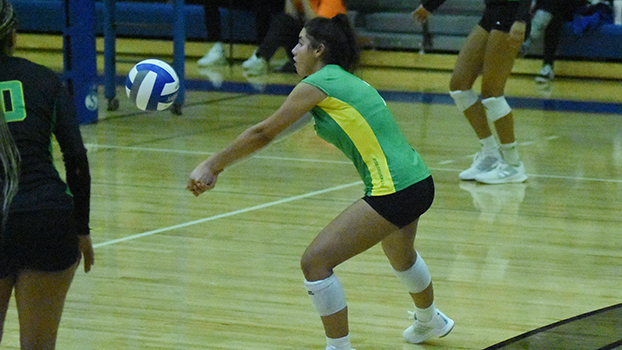 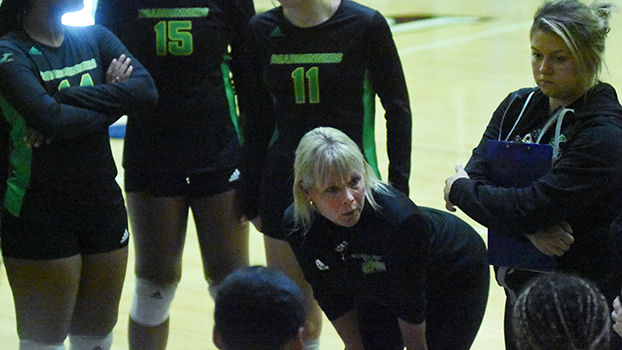 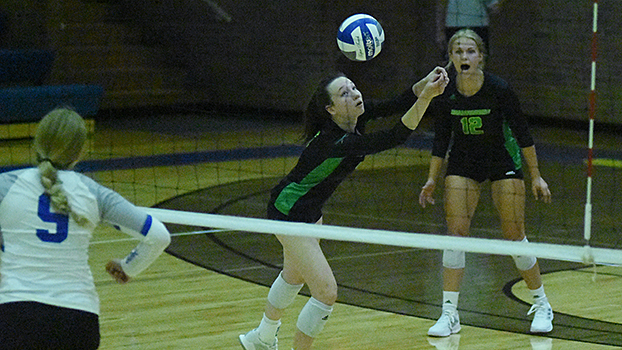 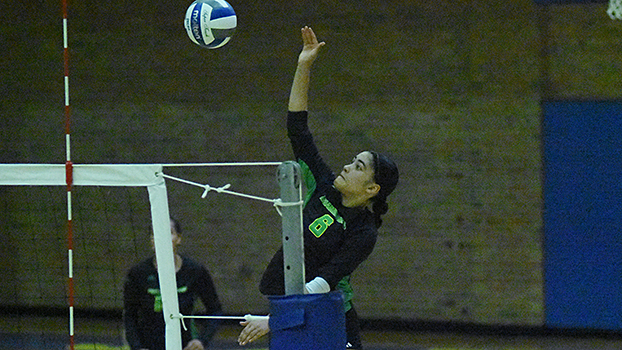 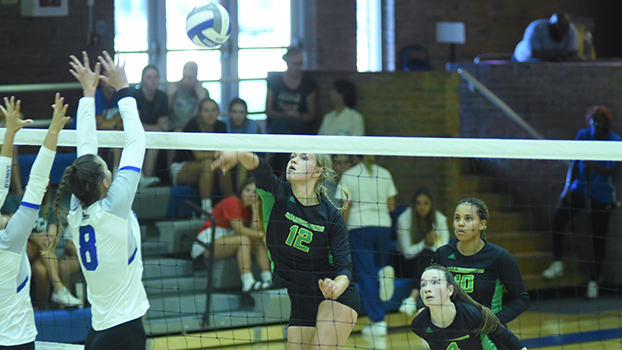 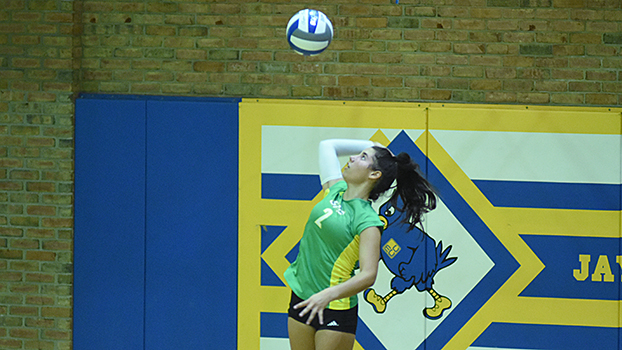 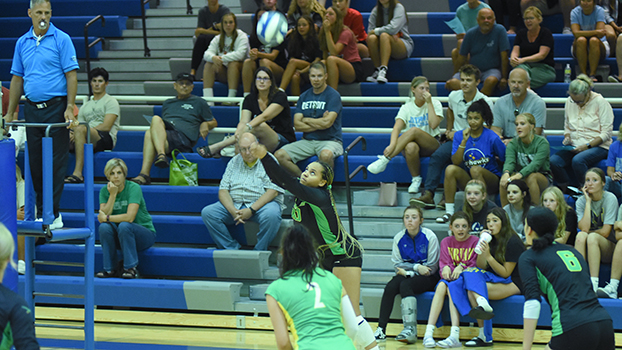 MUSKEGON — The return to Michigan Community College Athletic Association volleyball after a 26-year absence did not go exactly as planned for the Southwestern Michigan College Roadrunners Tuesday night.

Host Muskegon Community College, one of the top teams in the MCCAA Northern Conference, swept the Roadrunners 25-10-25-12 and 25-13. The loss drops Southwestern to 5-2 overall. The Jayhawks improved to 4-1.

Roadrunners’ Head Coach Jenny Nate said her team will not shy away from strong competition. In fact, Muskegon’s tradition of outstanding volleyball was one of the reasons she put them on the schedule ahead of the Roadrunners’ home opener at the 1st Source Bank Fieldhouse Saturday.

“We wanted this match on our schedule early in the season because we know we have to play the best to be the best — even if that means we take a tough loss,” she said. “Coming off a 5-1 weekend, we knew it was going to be a tough challenge on the road and that the climate would be different at a regular sanctioned match compared to a tournament.”

Nate also said that she expected the Jayhawks to play exactly as they did against her team.

“We also knew they would run a fast offense. They have a seasoned top-level setter, a strong offense and defense, tough serving, and that they would truly challenge us,” she said. “We learned a lot tonight about various aspects of our game and what we need to head back into the gym to work on. We were a little tense on the court, and we settled down a bit as the match continued, but it wasn’t enough to change the trajectory of the game.”

On a positive note, Southwestern improved in each set.

“We scored more points each set, and we also walk away taking a look at some of the positives on the night and some of the things we really did well and areas where we improved set to set,” Nate said. “This tough match will definitely help us prepare to face Lake Michigan College and North Central this Saturday on our home court.”

Bianca Hobson (Loy Norrix) and Nikki Nate (Niles) both finished with five kills, while Faith Rankin (Battle Creek Lakeview) and Amara Palmer (Niles) both had a pair of kills.

Cadence Knight (Niles) led the team with 12 digs, followed by Hobson with 11 and Nate six.

Coming off its successful debut at the Opening Weekend Tournament in Rockford, Illinois, Rankin and Knight were honored by the MCCAA as its Western Conference Offensive and Defensive Players of the Week.

Rankin finished with 71 kills and a hitting percentage of .345 in six matches. She also had six aces and seven blocks. Knight had 101 digs in those six matches and seven assists.