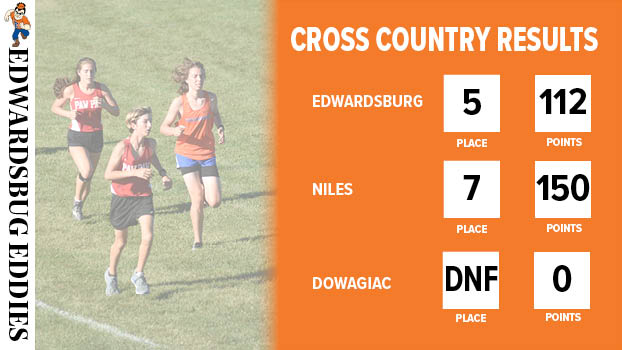 Olivet won the boy’s championship with 93 points. Marshall was second with 99, Constantine third with 102 and the Eddies fourth with 132.

Marshall took home the girl’s title after finishing with 41 points. Union City was a distant runner-up with 78 points. Paw Paw was third (103), Bronson fourth (112) and Edwardsburg fifth (112). Niles finished seventh. Dowagiac did not have enough runners to field a team score. 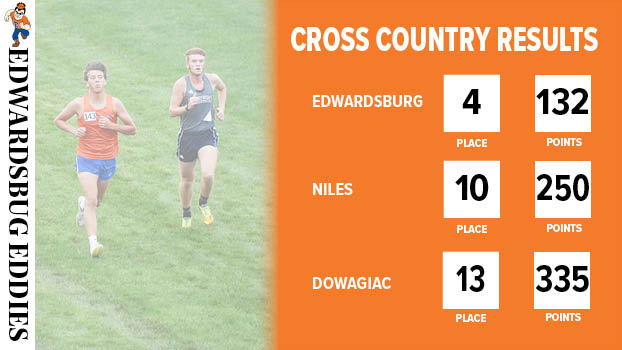 Claire Ritchey, of Edwardsburg, was third in the girl’s race with a time of 23:17. Tori Yates led the Vikings with an 11th-place finish and a time of 24:08. Jocelyn Kiner was the lone runner for the Chieftains. She placed 62nd with a time of 32:34.