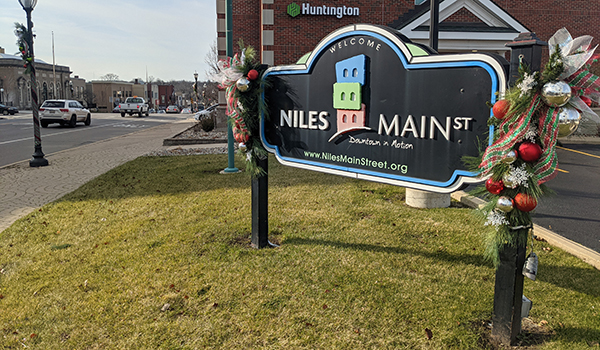 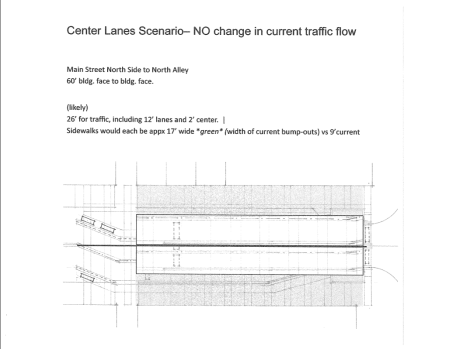 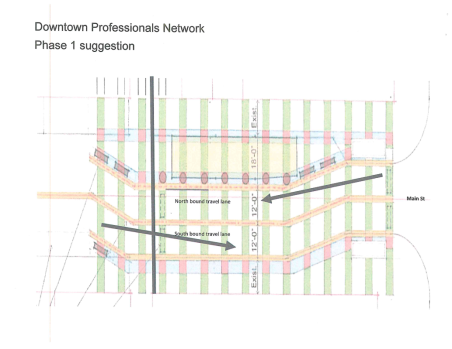 NILES — After months of deliberation, a decision regarding the location of the new Niles Outdoor Hub will soon be made.

The Niles Downtown Development Authority recently moved to recommend to the Niles City Council that it approve the location on Second Street permanently for buildout of an outdoor HUB/NODE while allowing two-way traffic with the ability to close the section between the north alley and main street for larger, council-approved events such as market days and Third Thursdays.

After reviewing the information and receiving feedback from residents on Monday, the council will review and discuss the options before making a decision on the location during a future meeting.

The DDA has expressed its desire to pursue a Second Street location for the outdoor hub due a number of factors, including:

Downtown Development Authority/Niles Main Street administrator Lisa Croteau said the council approving the location as permanent is the first step toward designing the HUB/NODE space. If this location is approved, the next step will be to work with city officials to determine the best way to accomplish it.

“Folks here have had some conversation and there are a couple of different plans but until we can determine a location it’s difficult to move forward,” Croteau said.

Once the layout of the space is determined, the DDA will work with the Niles Main Street Design Committee to form a Project Design Team, with input and approval from the Local Historic District, to take all of the input that has been received to actually design the aesthetics of the space.

According to Croteau, The DDA has $30,000 earmarked for the project and has applied for a $94,000 Revitalization and Placemaking grant. She added that  local foundations have expressed interest in investing up to $75,000 for creation of a NODE space. If the location is approved by council, the DDA will reach out to them again to see if they are still interested in participating.

“We took into consideration the view of those that participated in the survey, and understand that the major objection to location was the permanent closure of the road,” Croteau said.

The two designs address that concern by leaving the road open to two-way traffic and only closing the road for council-approved events.

The first option – the Center Lanes Scenario – would extend from Main Street to the north alleyway and would offer no change in current traffic flow. This scenario would result in a street width of approximately 26 feet, including two 12-foot lanes and one 2-foot center lane. Sidewalks on each side would be expanded to approximately 17 feet wide, nearly doubling the current width of 9 feet.

The second option would extend from Main Street to just west of the north alleyway and would see the street shift to the west to allow for an additional 18 feet of sidewalk (27 feet total) on the east side of the street to create a larger plaza-like area for pedestrian movement, activities and a gathering space.

“I really prefer the option where it moves the traffic over one way or the other, simply because it is more space for the community-type feel,” said councilmember Jessica Nelson.

Croteau reiterated that the layout options do not determine what the design will actually look like, as the DDA will take input from the council and community members into consideration.

Councilmember John DiCostanzo, who served as the voice of downtown business owners who opposed to the Second Street location prior to the original NODE’s closure, said he sees no reason for opposing the DDA’s decision this time.
“I got involved last year because there were a number of dissenting business owners,” he said. “I have not been contacted by the business owners who were opposed to the blocked Second Street location in the past. I see no justification for opposing the DDA board’s recommendation at this time.”

Outdoor hub plans have been in development since before the Niles City Council voted in January to close the controversial Niles Outdoor Downtown Experience, a seating, gathering, and small events area centered in a portion of the 200 block of North 2nd Street. As part of that motion, the council accepted an offer from Michigan Main Street to provide technical assistance to conduct community surveys, identify viable locations for downtown public spaces and engage professional design services at no cost, with the goal of allowing the city to recreate a public space in downtown.