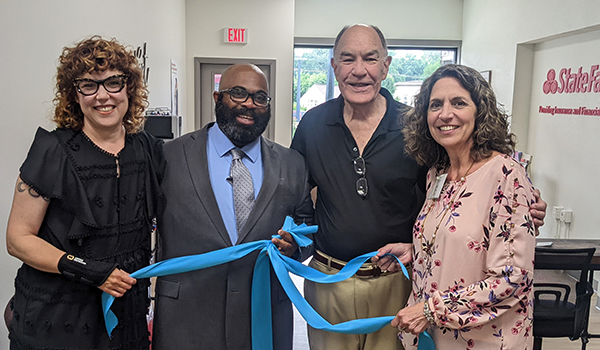 DOWAGIAC — Like a good neighbor, Fred Milton is there, ready to support the Dowagiac community.

Wednesday, the Greater Dowagiac Chamber of Commerce hosted a ribbon-tying ceremony for Fred Milton’s State Farm office, 113 S. Front St. The building formerly housed Foodies Fresh Cafe and Catering but has sat vacant for years. After an extensive renovation process, Milton has opened the doors of his business to the community.

“Fred had choices when he came here,” said Dowagiac Mayor Don Lyons. “He didn’t look at Dowagiac as his first or only choice but after careful consideration, he felt this was the best place to start a new business, to bring a family to a community, where there truly was a community that saw, knew and supported the value of a downtown and its businesses.”

A Kalamazoo native, Milton graduated from Otsego High School and went on to have a career in law enforcement before deciding to pursue a career in the insurance industry. According to a teary-eyed Milton, the process was long but worth the wait.

“It was a long, long 10 years trying to become a State Farm agent,” he said. “I believe firmly that God puts things in your path that you have to overcome, to make you better and to develop you and grow you. We were having a conversation in the office that if I would have got this opportunity back 10 years ago, I probably wouldn’t have taken it.”

While researching locations for his new agency, Milton was introduced to Shannon Lyons, who offered to show him the vacant 113 S. Front St. building formerly home to Foodies. While the inside of the space was in disarray, Milton saw the potential.

“I walked in that back door and this place was full of crap,” Milton said. “(Shannon) was like, ‘this is what I have to show you’ and I remember telling her ‘this, is it.’ This is where I want to be. It’s become home.”

While State Farm has become a household name, Milton believes that his agency stands apart from the rest.

“Everybody knows who State Farm is,” he said. “What makes our agency different is my team. (The team) is my backbone. Without them. I wouldn’t be anything and I will openly admit that. It takes a village and they’re part of my village and they want to be part of your village to help you guys protect what’s important to you.”

Milton looks forward to being a part of the Dowagiac community and being there for people in need of services.

“Insurance is obviously not something that you want to sit down and have a beer over or eat pizza over but it’s something that we all really need to understand and accept to protect what’s important to us,” he said. “I’m just a regular guy and I want people to be comfortable with me as who I am. I’ll be comfortable with who you are and I’ll do the best for you and I’ll fight for you as much as possible.” 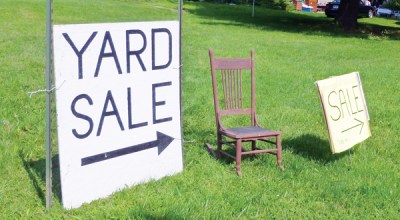 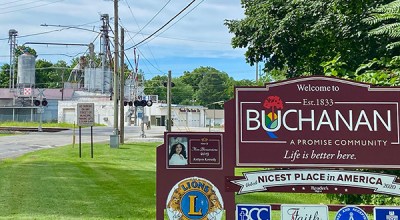