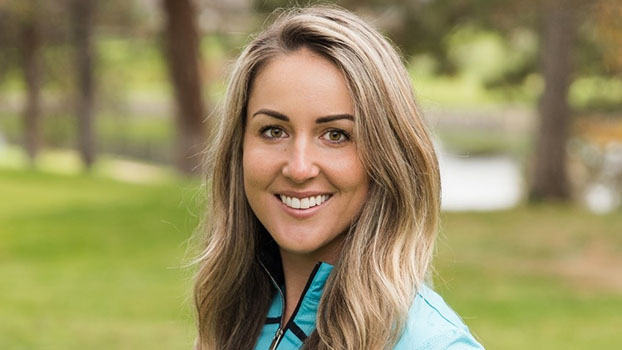 Megan Osland, of Kelowna, British Columbia, is one of two exemptions for the 2022 Four Winds Invitational. (Submitted photo)

SOUTH BEND — With the Four Winds Invitational closing in, the Pokagon Band of Potawatomi Indians and its Four Winds Casinos have announced the two sponsor exemptions for the 2022 tournament.

Megan Osland, of Kelowna, British Columbia, Canada, and Cassie Porter, of Sunshine Coast Queensland, Australia, have been awarded the exemptions for the Four Winds Invitational, which will be hosted by the South Bend Country Club Aug. 12-14.

Epson has taken over as the title sponsor of the “Road to the LPGA” event, which was the sponsored by Symetra for the previous nine Four Winds Invitational.

“The Pokagon Band of Potawatomi and its Four Winds Casinos are proud to have selected Megan Osland and Cassie Porter as our sponsor exempt players for the 2022 Four Winds Invitational,” said Scott Brewer, senior vice president of Government Affairs and Community Relations/Security for Four Winds Casinos. “Both Megan and Cassie are rising stars and represent the high level of talent competing on the Epson Tour. We wish them both best of luck for this year’s tournament.”

Osland, who played on the Epson Tour from 2016 to 2019, is trying to regain her full-time status. She is a graduate of San Jose State University.

Osland has some impressive credentials heading into the Four Winds Invitational:

First place — 2018 NWGA Tour Preserve at Turnbull Bay Ladies Classic with a first round 61 (-11) breaking the course record and record for lowest round ever shot on the NWGA Pro Tour. 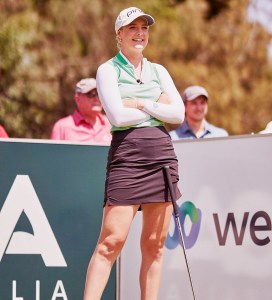 Porter started playing golf at the age of six. Three years later, she began playing professionally, winning her first event no long afterward. By the time she was 12, she turned her focus to becoming a full-time professional golfer on the LPGA.

Porter, 19, has played in amateur events in Australia, the United States, Japan, Asia and the Middle East. She turned professional in December.

The Four Winds Invitational is still seeking volunteers for this year’s tournament.

For more information, go to fourwindsinvitational.com/volunteer/.