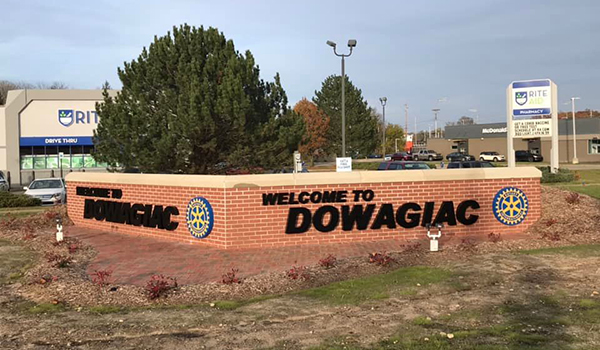 DOWAGIAC — After four years of observing the ever-changing Michigan cannabis industry, the City of Dowagiac is tossing its hat into the ring.

Marijuana establishments will be allowed in both highway commercial zoning districts more than 1,000 feet from schools and industrial-zoned areas. Initially, the application fee will be set at $5,000 and the limit on each type of license available will be three.

“Everything will be in place once (the ordinance) gets published,” said City Manager Kevin Anderson. “Following a 20-day waiting period after the publication, we’ll be in a spot where we can start taking applications.”

There are six types of licenses available:

The ordinance states that only three permits for each type of authorized adult-use marihuana establishment will be issued by the city.

The following types of AUME and permits are not authorized and shall not operate within the boundaries and jurisdiction of the City:

City officials voted unanimously in November 2018 to opt out of the recreational marijuana business so the elected officials, staff, and legal counsel could follow the development of the laws and regulations concerning recreational marihuana facilities.

In the four years since, the city watched as neighboring communities including the City of Niles, Buchanan, Cassopolis and Edwardsburg have worked through bugs and established practices that worked.

“Once everything settled down, council just moved forward with it,” Anderson said. “I don’t think there’s ever been any particular opposition other than just making sure that everything is in place.”

“We watched the angst that so many communities around this suffering through,” said Mayor Don Lyons. “The pros, the cons and all of the hype that went with it and we said ‘our day will come’. We didn’t want to consume our resources with that.”

Those four municipalities, along with Berrien County and Cass County, were among the 163 municipalities statewide that received payments from the Marijuana Regulation Fund in March. Each eligible municipality and county received more than $56,400 for every licensed retail store and microbusiness located within its jurisdiction.

The distribution breakdown for local municipalities and counties is as follows:

City Manager Kevin Anderson and the council believe that the city can now move clearly and directly through the establishment of reasonable, effective recreational marijuana business regulations that are consistent and compliant with state law. Over the last six weeks, City Council considered a series of actions to establish the framework to allow for recreational marijuana businesses in Dowagiac.

“We’re comfortable with it,” Lyons said. “When the straw poll was taken by the state, Dowagiac citizens overwhelmingly supported it. There was never that kind of an issue, it was just how are we going to consume our resources and we thought we had better places to do it than at endless meetings over the course of a year.”