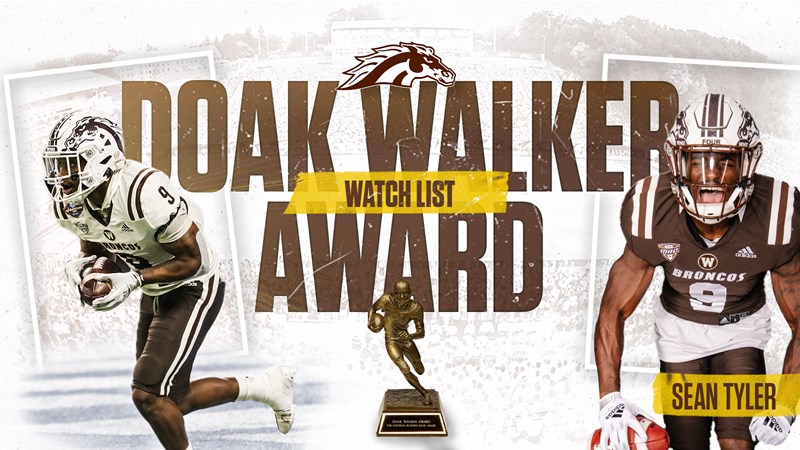 Tyler, who was recently named to the Maxwell Award Watch List for the nation’s top player, led the Broncos’ rushing attack last year, amassing a career-high 1,150 yards on 178 carries and nine touchdowns last season. He also caught career-best 14 passes for 114 yards and two touchdowns. The Richton Park, Illinois, native was also WMU’s top returner on the season, averaging 29.27 yards per return and two touchdowns. For his efforts, he was named Second Team All- MAC.

Tyler’s season culminated with a Most Valuable Player Performance in the Quick Lane Bowl victory against Nevada. Tyler rushed for 146 yards on just 14 carries and returned a kickoff for 100 yards and a touchdown as the Broncos downed the Wolf Pack 52-24.

Named for famed Southern Methodist University running back Doak Walker, the award is annually given out to the nation’s top running back.

Tickets for all WMU Football home games are now on-sale by visiting wmubroncos.com/tickets or by calling 1-888-4-WMUTIX.