Deputies were sent to Conrad Road south of Tiara Trail near the intersecting township lines of Jefferson, Milton and Ontwa for motorcycle crash involving a deer.

Emergency personnel arrived on scene found that a north-bound motorcycle with two subjects had struck a deer. Deputies learned that the driver of the motorcycle was Matthew Cooper, 35, of Elkhart, Indiana, and his passenger was Casandra Raley, 37, of Elkhart. Both Cooper and Raley were transported to South Bend Memorial for injuries sustained in the crash.

At this time, it is unknown if alcohol or drugs were factors in the crash. Neither subject was wearing a helmet at the time of the incident. 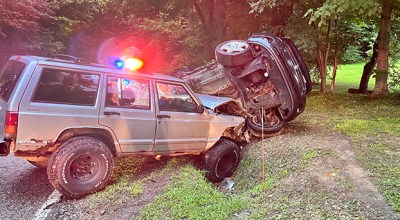