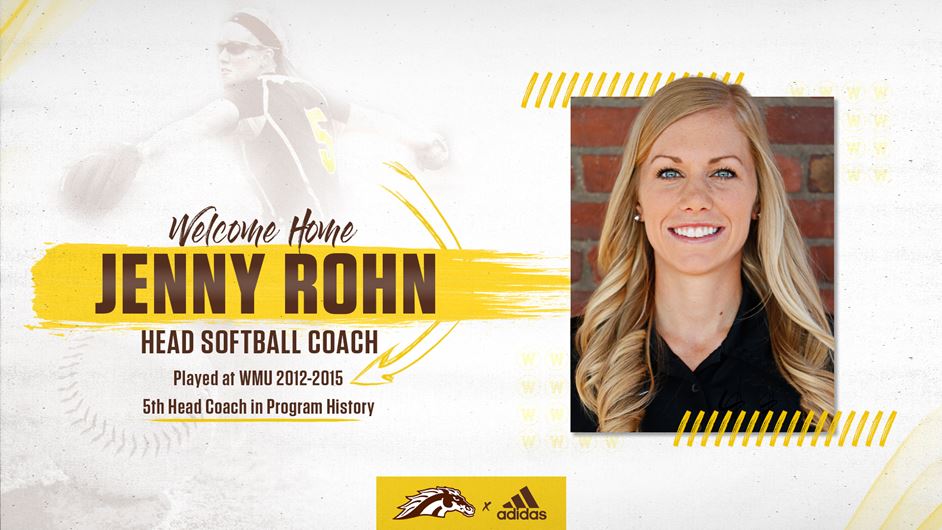 Rohn, who played softball for the Broncos from 2011-15, becomes just the fifth head coach in program history. She replaces Dowagiac graduate Kathy Leitke, who retired after the 2022 season.

Rohn returns to WMU after spending the last two seasons as an assistant coach at Harvard. Rohn has spent three full seasons with the Crimson, with a stint as the head coach of Covenant College from 2020-21. At Harvard, she helped the team post a .714 winning percentage (45-18) in Ivy League play, including Ivy League Championships in 2018 and 2019, while serving as the main hitting and defense coach. Rohn also coached at the University of Louisiana at Monroe from 2016-17 while earning a graduate degree in psychology. Throughout her coaching career she has also had experience coaching high school and club softball.

“From my first conversation with Jenny, I could tell that she had a unique ability to combine championship level determination with the capacity to connect with the student-athlete on a personal level, placing a top priority on their overall experience,” Bartholomae said.

No stranger to wearing the Brown and Gold, Rohn played center field for the Broncos for four years. She was named second-team All-MAC and also earned Academic All-MAC honors her senior season, while serving as a captain her junior and senior years.

“I am overwhelmed with excitement and gratitude for the opportunity to be the 5th head coach in program history for WMU softball,” she said. “I am honored to accept my dream job at my alma mater and compete for a MAC Championship once again.”
Rohn is excited to be taking over at her alma mater.

“I would like to thank Dan Bartholomae for giving me this opportunity, Elaine Russell and the entire administration for trusting and believing in me. After spending time with Dan and the administration it was clear to me that the vision and future of WMU softball and athletics is very bright. It was evident that when I stepped on campus I was truly back at home. I am beyond blessed and cannot wait to get to work.

“I would also like to thank Harvard Softball, and specifically Jenny Allard, for mentoring and developing me into the coach I am today. I will be forever grateful to the HSB family for always welcoming me back with open arms. Finally thank you to Lacy Wood, a dear friend and mentor; my family, friends, WMU softball alumni, former coaches and players and God. I cannot wait to be back in the ‘Zoo with the current WMU softball team. Go Broncos.”

Originally from Rochester, Rohn graduated from Western Michigan in December of 2015 with a bachelor’s in science in education degree. 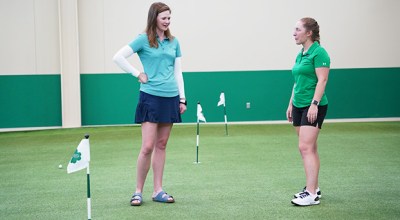