Buchanan: A city of Olympians — HORIZONS 2022 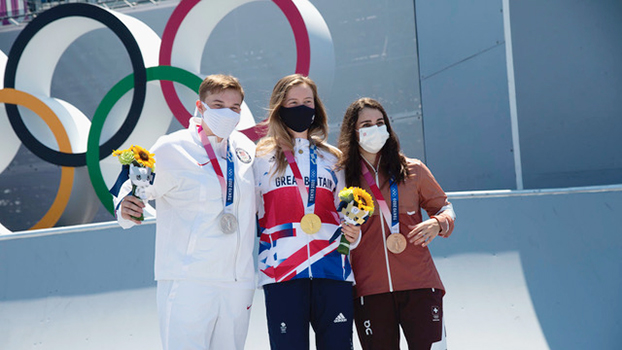 Hannah Roberts (left) is the latest Buchanan resident to compete in the Olympic Games. She won the silver medal in Tokyo last summer.

BUCHANAN — A small southwest Michigan community has produced more than its fair-share of United States Olympians.

The latest Buchanan native to compete on the world stage was Hannah Roberts, who brought home a Silver Medal from the Tokyo Games in the first-ever BMX Freestyle bike competition, Roberts was the favorite heading into the Olympic Games, and was the overall leader after one run. Unfortunately, Roberts was injured and could not complete her second run leaving her behind Great Britain’s Charlotte Worthington.

Worthington, who fell during her first run of the competition, edged Roberts 97.6 to 96.1 in the judges’ scoring.

Despite not winning a Gold Medal, Roberts was able to continue Buchanan’s long-standing tradition of producing Olympic athletes. She joins Jeff Smoke, a 1996 Buchanan graduate, participated in the 2004 Olympic Games in Athens, Greece as a member of the U.S. Sprint Kayaking team. 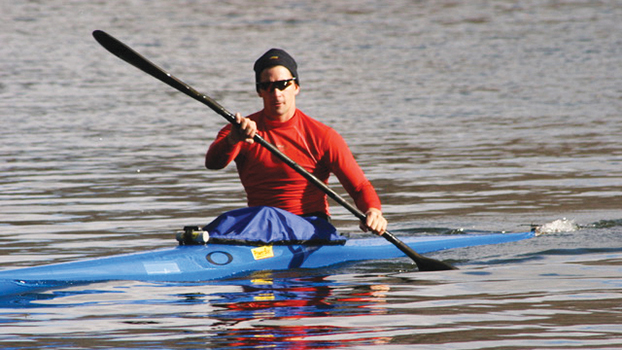 Her husband, William Smoke, finished fourth in the second repechage event in the K-4 100-meters at the 1964 games, also held in Tokyo. Her sister, the late Sperry Rademaker placed seventh in the K-2 500-meter event in the 1968 Olympic Games in Mexico City.

Jackson Scholz, who was born in Buchanan, competed in track and field at the 1920 held in Antwerp, Belgium. He won a Gold Medal as a member of the 4×100-meter relay team. Four years later Scholz won another Gold Medal, this time in the games held in Paris.

The community celebrated their latest Olympian by hosting a watch party for Roberts during the BMX Freestyle competition at the Buchanan Common July 31.

More than 1,200 people field the Buchanan Commons to watch Roberts compete on a jumbotron. Her family help set up the community event, which drew family, friends, classmates, community members and others from the surrounding area to watch.

“I have been catching up on the videos from the watch party,” Roberts said. “I had a lot of my friends from high school that went and sent me Snapchat videos. I have been just sitting here for a week watching them before I go to sleep and trying to catch up on them. Man, it is incredible to feel that support. My hometown means a lot to me the way they have supported my riding, especially when I was going to school. So, to see everybody come out and enjoy themselves, and hopefully enjoy the riding, means so much because they have seen them all.

“I know a lot of my friends that I used to ride with new this was special to me. It was so special that so many people came out. I am so grateful, and I am obviously grateful to the city for letting it go on. They even made it a city holiday for me. That is something I never thought would happen to me.”

“Obviously, you want to put on a good show and show people why your sport should be there,” she said. “But, for me, I was more focused on having fun and putting down a good run on my bike and not falling. I was battling a few foot injuries. Overall, it was a crazy experience like with the stuff I was pushing through, so I wasn’t necessarily putting too much pressure on myself.”

While Roberts was disappointed not to be able to finish the competition, she enjoyed traveling to Tokyo.

“The overall experience was cool,” she said. “It was hard to adjust the first couple of days because there were so many athletes going around it put you in a new environment I was not necessarily used to. I had to adjust pretty quickly because we were thrown in. It was really enjoyable after those first few days and kind of figured out how things were going down. It was cool being so many professional athletes who were focused on their sport.”

Jeff Smoke also enjoyed his Olympic experience and remembers how great it was to represent his country.

“I was just thankful to have the opportunity to do it,” he said. “From the opening ceremony, to athletes’ village and the competitions. For me, it was the whole journey, which started back at the San Diego Training Center. The culmination of the entire experience is what I think about the most.”

Smoke, a 1996 Buchanan graduate, was eliminated from competition in the semifinal round.

While a student at Buchanan, Smoke played tennis and ice hockey with the team at Clay High School in South Bend. In 2000, he graduated from the University of Notre Dame with a degree in finance. He is now a Managing Director and Principal at Great Lakes Capital in South Bend.

The 2004 Olympics experience was exciting for Smoke, who grew up in Buchanan listening to Olympic stories from his Olympian parents Marcia Jones-Smoke and William Smoke. A graduate of Michigan State University, Jones-Smoke competed in the 1964, 1968 and 1972 Olympic Games as a sprint canoer and won a bronze medal in the 1964 games. In addition, Jones-Smoke tallied 35 national titles and 24 North American titles in the sport, including three gold medals at the 1967 Pan American Games.

William Smoke also made the 1964 Olympic team in the same event.

“After growing up and hearing stories, my experiences were similar [to theirs],” Smoke said. “Meeting athletes from different countries was a unique experience. Seeing the camaraderie and watching everyone come together from different sports and backgrounds supporting each other was surreal.”

Despite sporting a population of less than 5,000 people, Buchanan found itself on the Olympic stage once again. Thanks to Roberts’ efforts, Buchanan figures to be in the spotlight for years to come.

“It just speaks to what is possible,” Smoke said. “Just because you’re from a small town doesn’t mean you can’t go out and live a fun and exciting life.”