BUCHANAN — In the pre-district round of the Michigan High School Athletic Association Softball Tournament, Brandywine and Niles had to rally to advance to Saturday’s semifinals.

At Buchanan, the Bobcats trailed 2-1 against Constantine in Division 3 action before they scored 10 runs in the fourth inning to turn the tide. Brandywine went on to win 11-2.

In Berrien Springs, Niles trailed Dowagiac 3-0 through five innings before scoring four times in the sixth and twice in the seventh to defeat the Chieftains 6-3 and advance in Division 2.

Cassopolis was not as fortunate as the Rangers gave up three runs in the opening inning to host Marcellus and lost to the Wildcats 5-2 in Division 4. 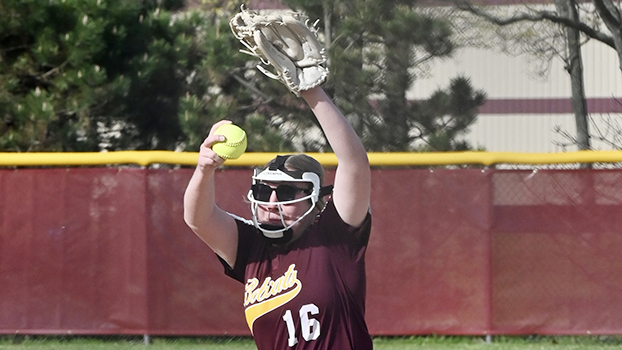 Down 2-1 heading to the fourth, Brandywine scored 10 runs on seven hits, including triples by Chloe Parker and Julia Babcock. Parker also doubled in the inning, which scored Kadence Brumitt, who singled to open the fourth, with the game-tying run. Babcock added a single in the inning.

The Falcons also had three errors in the fourth inning to aid the Bobcats’ rally.

Haley Scott started for Brandywine, but was relieved in the fourth inning by Brumitt, who picked up the victory.

Constantine ends its season at 8-23.

Dowagiac’s Sierra Carpenter staked the Chieftains to a 3-0 lead in the third inning with a home run, but could not hold off Niles in the circle.

The Vikings (20-14) erased the three-run deficit with four runs in the sixth inning.

Chloe Hargreaves got the rally started with a lead-off double. A single by Annabelle Johnson put runners at second and third for Ashlynn Wilken, who grounded out to score Hargreaves. Mya Syson singled home Johnson to make 3-2 before Amiyah Lee hit a two-run home run to give the Vikings the 4-3 advantage.

Niles added a pair of insurance runs in the seventh and then turned the game over to Syson to close it out.

Lee finished the game 2-for-4, while Hargreaves also had a pair of hits.

Cassopolis outhit Marcellus 6-3, but the Rangers could not take advantage of those hits, nor the five errors that the Wildcats committed.

Addie Curtis picked up the victory for the Wildcats, who are now 15-10 overall. Hailey Hunsberger suffered the loss for the Rangers, who finish the season at 9-12.